The biopic will detail the controversy and corruption surrounding the president’s son – especially when it came to distracting from Joe Biden‘s 2020 presidential campaign.

‘It’s about Hunter Biden and his corrupt business dealings,’ McAleer said in a short video previewing the film, and McElhinney cut in to say, ‘Bad laptop!’

‘This movie is going to tell the whole story – China, Russia, Ukraine,’ McAleer continued before prompting supporters to donate to help fund the film.

English actor Laurence Fox, 42, who started the Reclaim Party last year and announced earlier this month he is running for Mayor in London, was approached and is currently considering playing Hunter in the film.

A spokesperson for the actor and political activist did not respond to a request for comment.

Fox did, however, tell the Telegraph last month that he was approached by independent filmmakers to play Hunter Biden and he is considering it but feels he might be too busy to take it on this year.

Much of the movie will be set in Ukraine and will begin filming in summer 2021 in Serbia. 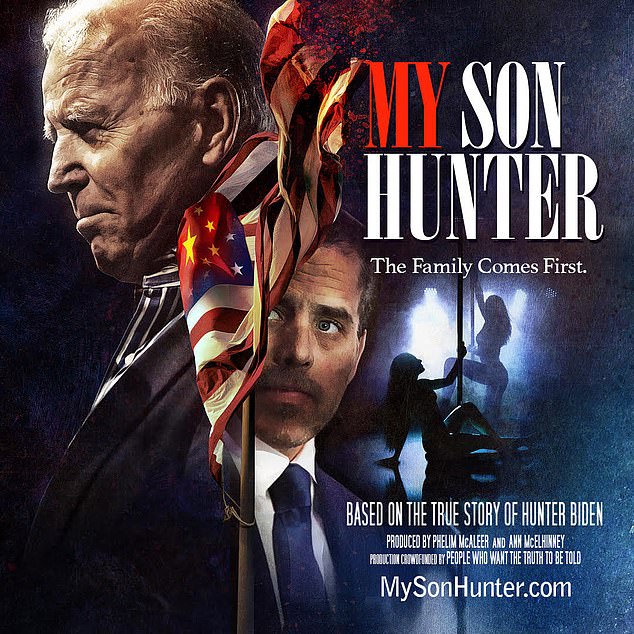 The Biopic ‘My Son Hunter’ will start filming in Serbia this summer and aims to ‘chronicle his elitist party lifestyle, dodgy business dealings, family drama, and corruption’

Conservative filmmakers and married couple Phelim McAleer (left) and Ann McElhinney (right) claim: ‘The truth deserves to be told and it needs to be seen by as many people as possible. An entertaining and enjoyable movie is the best way to [do that]… If the media won’t do their jobs, we’ll do it for them’ 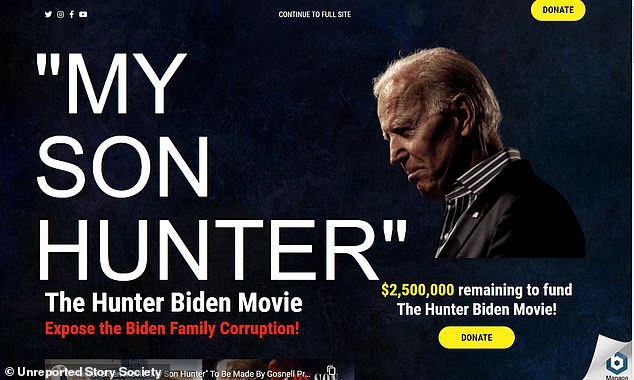 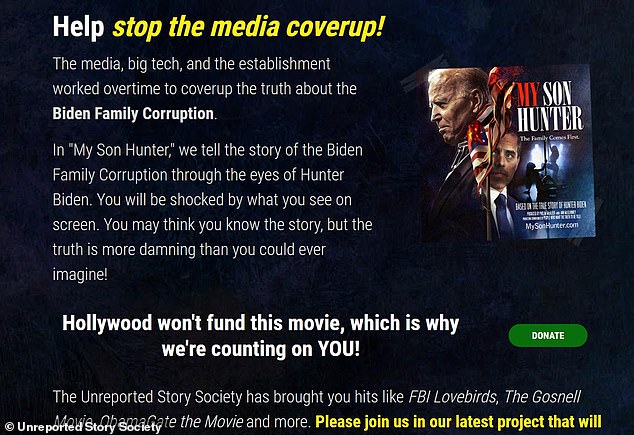 The couple hopes to raise $2.5 million in 60 days before filming commences

McAleer explained in a statement provided to DailyMail.com: ‘The media and big tech covered up the bombshell report by The New York Post that showed the depth of corruption in the Biden family.’

The film’s producer is referring to a Post report published shortly before the 2020 presidential election detailing the extent of some of the corruption by Hunter Biden. This included revelations of what was found on his laptop’s harddrive when it was left at a computer repair shop and correspondence he had with foreign business leaders.

‘The truth deserves to be told and it needs to be seen by as many people as possible,’ McAleer continued in his statement. ‘An entertaining and enjoyable movie is the best way to tell the story of the Biden family’s corruption and to ensure as many people are educated about this as possible.’

In the YouTube clip previewing the movie, McAleer detailed that a Media Research Center study found that 16 per cent of Biden voters wouldn’t have cast their ballot for him if they knew the truth about Hunter before the election.

McElhinney also provided a statement to DailyMail.com where she assured the film is a must see.

‘This is an incredibly fascinating story,’ she said. 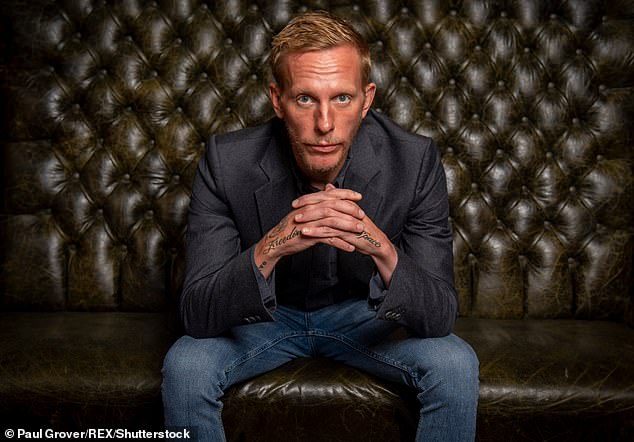 English actor Laurence Fox, 42, who is running un the 2021 London mayoral elections under his new Reclaim Party has been approached to play Hunter

‘It’s ‘Austin Powers’ meets ‘King Lear’ with a dash of ‘House of Cards.’ The story is so compelling that viewers on both sides of the aisle will find it incredibly entertaining,’McElhinney continued.

The filmmakers are encouraging by way of a 25-second promotional video previewing the upcoming film for donors to help ‘expose the Biden family corruption!’ by contributing to their crowd-funding campaign.

‘Donors can join the campaign to fund the movie by donating online at MySonHunter.com,’ they prompted in a press release announcing the project. ‘In exchange for their donations, some donors will receive exclusive merchandise from the film.’

The statement insisted the husband-and-wife team will raise $2.5 million in the next 60days before filming commences.

The duo has previously been successful in their fundraising efforts and in the past funded their other controversial movies through crowdsourcing.

They raised $2.3 million for their film ‘Gosnell’, which focused on prolific abortion doctor Kermit Gosnell, who was sentenced to life in prison for murder and manslaughter tied to his unethical abortion clinic and practices.

The movie was screened at the Trump White House and, while far from mainstream, did get screen time in 700 theaters. 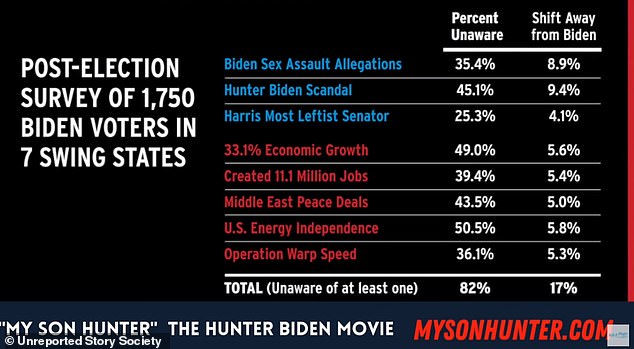 They also held a dramatic reading in June 2019 of the texts exchanged between FBI ‘lovebirds’ Peter Strzok and Lisa Page – correspondence touted by the Trump administration as proof the Russia investigation was a partisan ‘hoax.’

The filmmaking couple hopes to make another splash with ‘My Son Hunter,’ which they make clear is not a documentary but a dramatic and entertaining telling of the story of Hunter Biden.

In 2019, Trump began attacking Hunter for his overseas business dealings facilitated during the time his father was vice president.

This lined up the now-president’s son for a slew of criticism, including over his questionable business dealings in Ukraine and China and other aspects of personal life – including drug use.

Laurence Fox, known for his roles in ‘Victoria’ and ‘Becoming Jane’, could play the president’s embattled son.

Fox launched the Reclaim Party last year and in March 2021 announced he would run under that party to take on current London Mayor Sadiq Khan, part of the Labour Party and considered a social Democrat on the soft left.

McAleer and McElhinney have created some of the most controversial films and performances as of late.

Some of their productions have experienced actors walking out and venues cancelling performances and showings.