By Charlotte Mitchell For Mailonline

A phallic-looking statue erected to honour the potato produce of a Cypriot village has drawn ridicule on social media.

The suspicious spud was installed on Wednesday in the village of Xylofagou near Ayia Napa in Cyprus.

Xylofagou is among a group of villages known as the Kokkinochoria, or Red Villages, which are famous for growing vegetables, particularly potatoes, in red soil.

The statue was put up to celebrate the villages ahead of an upcoming Potato Festival.

It has been named ‘The Big Potato’ and stands next to the local Olympos Xylofagou stadium, according to the Cyprus Mail.

Social media users have mocked the unfinished statue, saying it looks more like a certain male appendage or a sex toy then a spud.

Some said that the monument should be trussed up to resemble Mr Potato Head, while others drew comparisons with Amazon founder Jeff Bezos’ New Shepard rocket, which was also ridiculed for its suggestive shape. 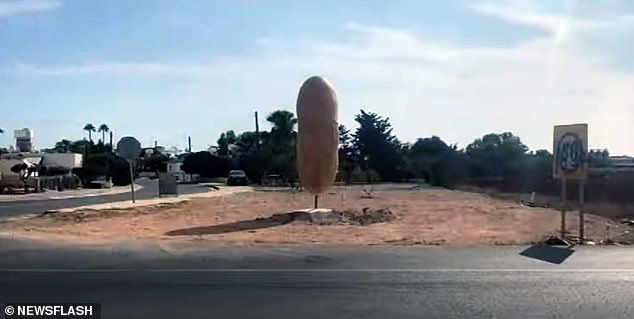 But local officials remain unfazed by the taunts, with Xylofagou community leader George Tasou, who organised the project, saying: ‘There is no such thing as bad publicity.’

‘I wanted this potato to become a point of reference in the community, and I am glad as the defamation taking place is actually the best advert for us,’ he said.

‘I am sure that all those who criticise the work will come here to be photographed with the potato.’

Tasou said he was inspired to create a statue honouring the local potato after seeing the Big Fish monument in Belfast.

After many said the statue appears phallic, he pointed out that the monument is based on the elongated Spunta (seed potato) grown in the area. 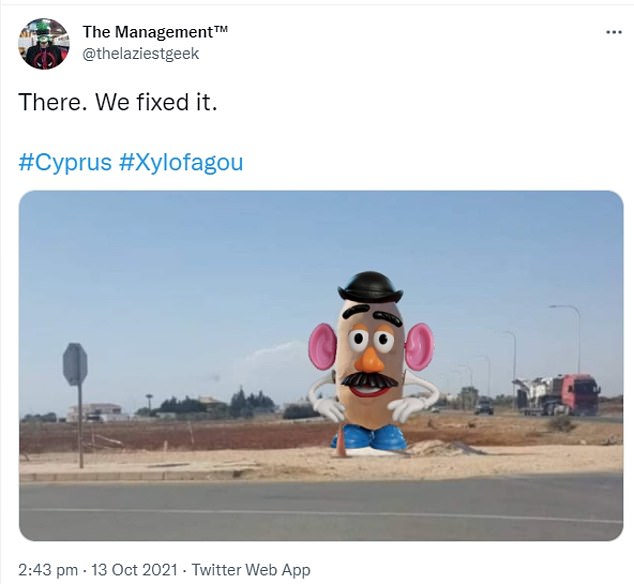 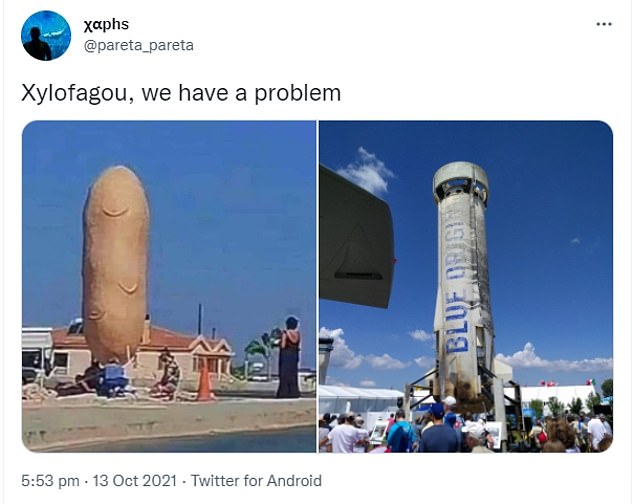 Describing how the monument will look when completed, he said: ‘Seating facilities will be added, while there will also be a refreshment facility in the area, obliged to fry and cook potatoes for the visitors.’

Tasou, who said the project has the full support of the Ministry of Tourism, added: ‘We are certain that it will become an attraction for thousands of tourists.’

‘We want to post signs up along the highway leading drivers to the Big Potato, so that they’ll come visit our village’.

Local comedian Stevie Georgiou joked ‘we’ve managed to turn Xylofagou into the hosts of the 2021 International Penis Awards’, adding that he can ‘wholeheartedly say we are the laughing stock of Europe’.