A savvy schoolboy has tried to raise money for his senior formal suit by selling a ‘rare Woolworths plastic bag’ on Facebook Marketplace.

High school student Casey, from Moreton Bay in Brisbane‘s north, decided to keep the bag as a keepsake when the supermarket giant banned single-use plastic carriers in its stores in 2018.

The Deception Bay High School senior student has now decided to sell the bag online in a bid to raise the $300 he needs to buy his end-of-year formal outfit.

Scroll down for audio

‘I needed some extra money and I thought it would just be fun and a good laugh,’ he told 4BC.

He said he had looked at suits online ahead of his formal at Brisbane’s Stamford Plaza hotel and all of them had been around the $300 mark.

The student though said he may consider waiting a while longer to sell the bag so it gains even more in value.

‘Maybe in a couple years time it might actually be worth something!’ He said. 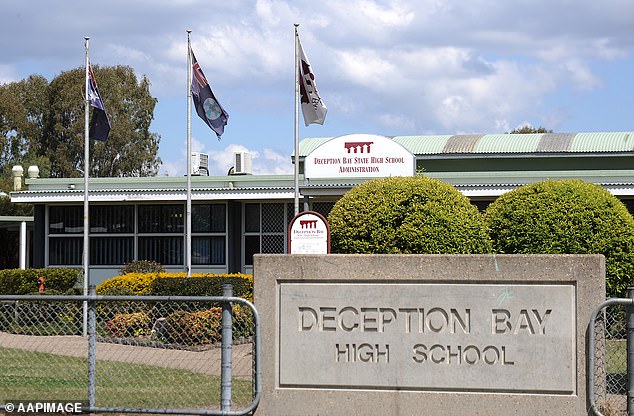 Deception Bay High School student Casey, from Moreton Bay in Brisbane’s north, decided to keep the bag as a keepsake

Casey said an art gallery had already offered to help him raise the money he needed.

‘Thrillhouse at Camp Hill [in Brisbane’s inner-east] has offered me $100 to showcase the artefact in their gallery,’ he said.

‘They were wanting to raise money for my suit.’