Sanjeev Gupta’s GFG Alliance is working on plans to raise new loans against parts of the group outside the UK, and on generating cash from an expedited sale of goods, as the metals tycoon battles to save his empire.

The group is taking these measures to shore up its finances while it continues to look for alternative long-term funding after the collapse of its main lender. Greensill Capital filed for insolvency earlier this month, forcing GFG, which has $20bn in turnover and employs 35,000 people across four continents, to scramble for funding.

The UK government rejected a direct plea by Gupta on Friday for more than £170m to help with working capital, as well as additional funds to cover operating losses in the short-term at the group’s British operations while it restructures its debt. The proposal suggested an investment vehicle be created to provide financial returns over a period of time. Concerns have been mounting over the fate of Liberty Steel, the alliance’s steelmaking business and the UK’s third-largest producer. GFG employs close to 5,000 people in Britain, of whom around 3,000 work in the steel industry.

Ministers, however, said they were anxious about GFG’s opaque structure and fear that any handout could end up leaving the UK. “Our priority is the UK sites and jobs, not this corporate entity,” said one government figure.

GFG has stepped up “self-help” measures to stave off financial collapse, according to people familiar with the situation. These include selling stocks of scrap metal and accelerating the sale of finished goods in order to help raise working capital. The company is also in talks to raise money against those assets outside Britain that have no debts against them. The cash raised could then be transferred back into the UK operations, one person said. GFG’s most valuable asset is believed to be InfraBuild, its Australian business.

Another option being considered is raising money against some of the group’s UK operations. One sticking point, however, is understood to be securing permission from Greensill, which holds security over certain GFG assets. Complicating the situation is that administrators to Greensill are still trying to establish the identity of all the investors in the finance company and their position within the financing chain. 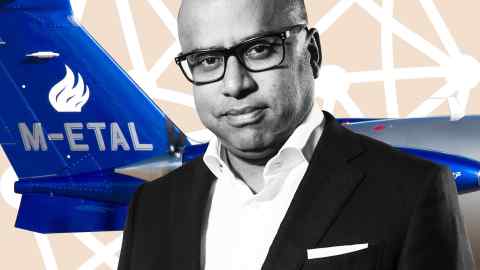 GFG said Greensill’s difficulties had “created a challenging situation” but stressed the group had “adequate funding” to meet current needs. It said it was taking specific actions at its UK speciality steel businesses to “stabilise the business and improve cash flow”.

A government spokesperson said it was closely monitoring developments around Liberty Steel and continued to engage closely with the company, the broader UK steel industry and trade unions. The Financial Times reported last week that ministers have drawn up contingency plans to take over the running of GFG’s British operations in the event of a collapse. The Treasury supported British Steel in the same way in 2019 before it was finally sold to a Chinese steel group.

MPs on the business select committee (BEIS) are drawing up plans for an inquiry into the Gupta steel business in the UK, including his links to Greensill Capital, his connections with politicians and his support from the government.

However, Tory MPs are understood to have vetoed any attempt by the committee to force David Cameron — who lobbied chancellor Rishi Sunak on Greensill’s behalf — to break his silence. The Beis committee is expected to announce its inquiry within a fortnight.

The FT recently revealed that when Cameron was prime minister he gave Greensill, an ally of former cabinet secretary Jeremy Heywood, a desk in the Cabinet Office and a role as a “crown representative” adviser.

Meanwhile, the Sunday Times reported that Cameron signed off a loan scheme in 2012 for NHS-linked pharmacies even though an official report rejected Greensill’s proposals — and that the Australian financier used his position to lobby 11 departments for private work.