Families have been forced to flee a theme park as an out-of-control and ‘life threatening’ bushfire sent smoke billowing hundreds of metres into the air.

The Department of Fire and Emergency Services (DFES) issued an emergency warning for a blaze in Bibra Lake, south of Perth, on Tuesday afternoon.

Hundreds of people ran for their lives from nearby Adventure World as flames closed in on the popular theme park.

Images showed families and children hurrying to flee the grounds as smoke engulfed the sky.

Families have fled the Adventure World theme park (pictured) in Bibra Lake, Perth as a bushfire raged nearby

Adventure World visitors were moved to the southern car park, according to a DFES spokesperson.

The bushfire has since been contained and has been downgraded to a watch and act.

Water bombers have been deployed to assist ground crews.

It is not yet clear whether the park has sustained any damage.

An emergency warning is also in place for other parts of Bibra Lake including Progress Drive, Bibra Drive and North Lake Road. 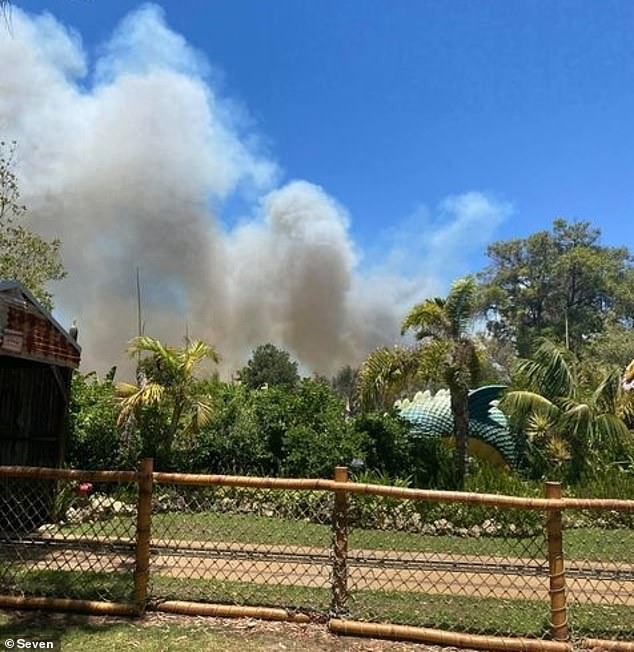 An emergency warning was issued for Bibra Lake and theme park goers were moved to the car park to escape. Pictured: smoke engulfing the sky close to Adventure World

The nearby Cockburn Ice Arena has been temporarily closed due to smoke in the area.

The DFES urged affected residents to leave to immediately or prepare to actively defend homes.

Anyone self-isolating under COVID-19 requirements is advised to contact WA Police if they are unable to return to their homes within an hour. 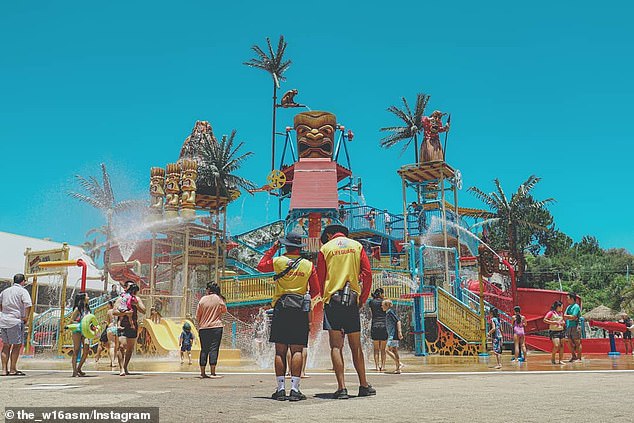