A shark alarm that rang out at busy Australian beach ended up being a false warning, with the real culprit a hilarious surprise for beachgoers.

A dark, shark-like object floating menacingly just offshore scared people out of the water at Adelaide‘s Henley Beach on Monday.

But the cause of the commotion was not one of the ocean’s apex predators, just a floating Christmas tree, tossed into the water from Henley Beach Jetty by young larrikins.

Beachgoers at Henley, Adelaide were understandably alarmed when the shark alarm went off 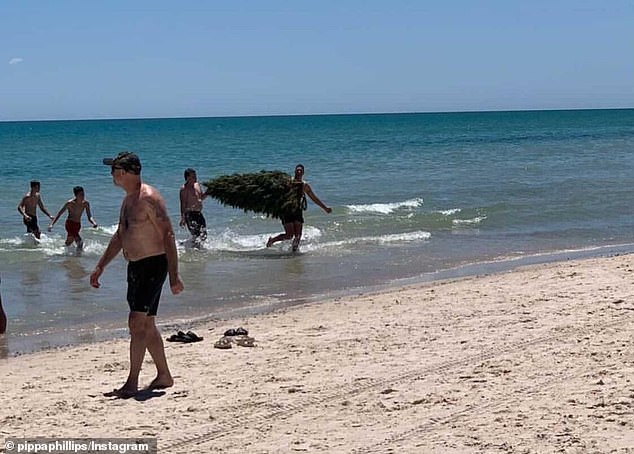 Brave swimmers – you might even say they were from the beach’s special branch – carried the tree back to shore and it was ‘planted’ into the sand in an unusual but still distinctly Aussie scene.

Statistically given the low number of actual shark attacks, putting up and taking down Christmas tree decorations actually poses a greater threat to health on average.

Luckily, the Christmas tree that found its way into the water at Henley Beach had already been stripped no doubt saving the public extra risk, and extra rubbish in the water. 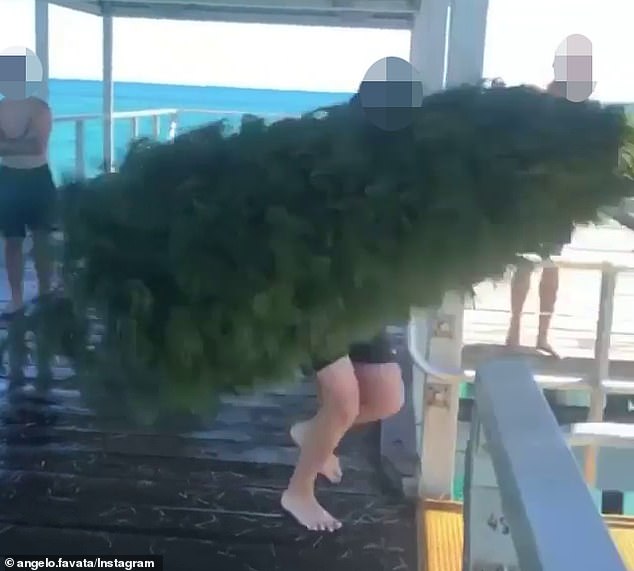 The young larrikins who tossed a Christmas tree into the sea at Henley, sparking a shark alarm, were captured on video

Most local councils accept Christmas trees cut up into manageable pieces – around 40cm long – and put out in green waste bins.

Homeowners can check with local council tooas but may have separate tree collection options.

For those with the time and the need, composting firework and mulching are also all good options. 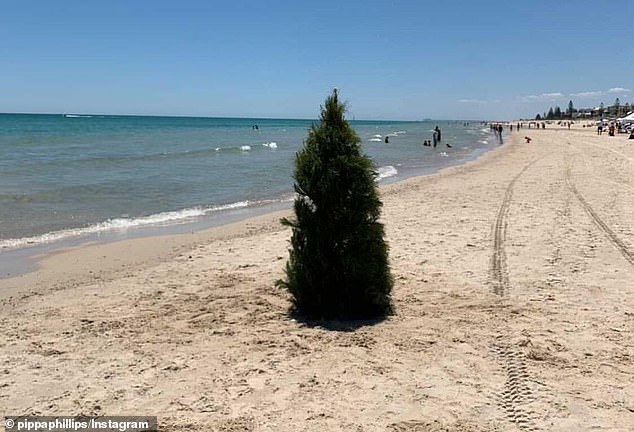 It’s not every day you see a Christmas tree planted on the beach, but in Australia, it works (pictured, the tree on Henley Beach)