Singer Summer Walker and rapper and record producer London On Da Track are the proud parents of a baby girl!

So far there’s no official word on their daughter’s name, but the couple did give her the nickname — Princess Bubblegum — on Instagram, even before she was born, which was reportedly on March 24.

While they have not yet directly addressed the arrival of their new bundle of joy publicly, London did share a photo of his baby girl’s hand on Instagram, along with an emotional letter where he thanked his ladylove for his new ‘gift.’ 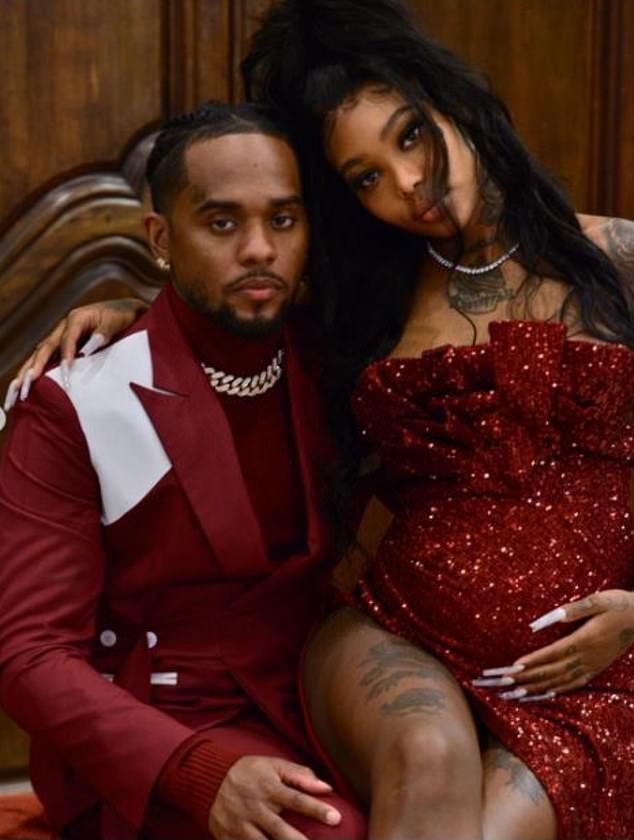 Proud parents: Singer Summer Walker and rapper and record producer London On Da Track welcomed their first child together: a daughter who was reportedly born on March 24

‘From the first time I held you in my arms I knew you were special,’ London, 30, wrote in the caption with obvious emotion to his words.

‘I’m overwhelmed wit Joy I Can’t even this Allah’s best birthday gift to me … priceless moments u can value forever @erykahbadu gratitude beloved for the genuineness and love. We grateful for yu being a part of our lil Princess bubblegum journey.’

The Atlanta, Georgia native ended by sharing a message of love to Walker, directly: ‘@summerwalker this gift I can cherish 4 L [for life]. 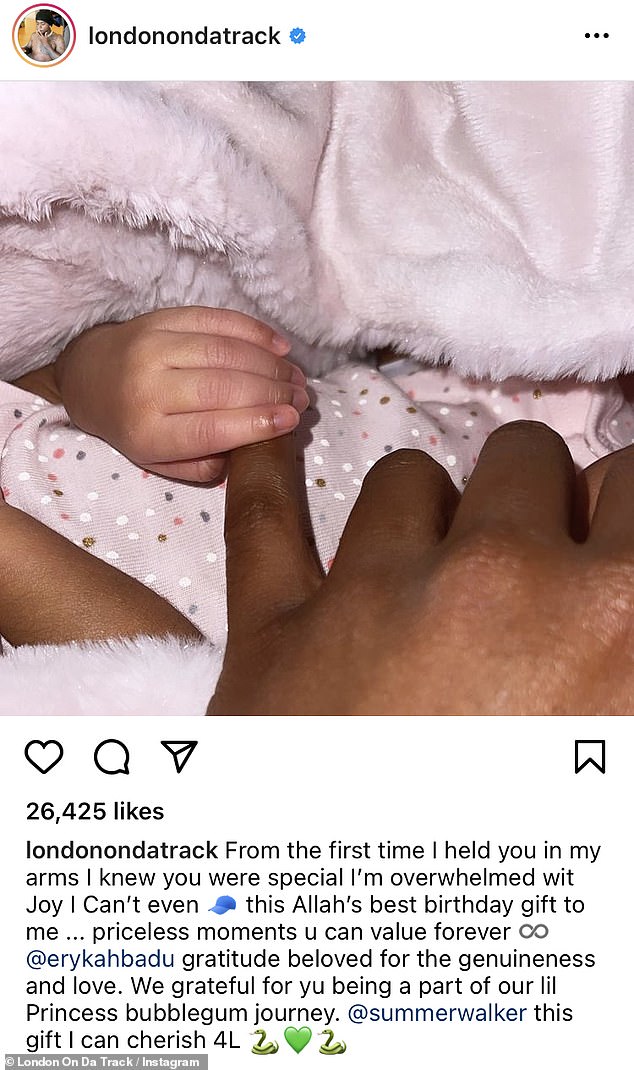 Emotional: London (born London Tyler Holmes), 30, shared a photo of his daughter’s tiny little hand on Instagram along with a sweet letter, which included a message to Walker

In the four days since giving birth, the Playing Games singer has taken to Instagram to share some photos of herself and her post-baby body.

On Sunday, she shared a series of snaps taken in a bathroom, where she’s decked out in a form-fitting brown dress with the simple caption: ‘loner.’

The post came 12 days after she shared a series of photos taken in that very same bathroom, when she was still very much pregnant, while wearing a form-fitting lavender dress.

Fans can also get a look at her post-baby figure in a tight dress in three photos that had a pink tone added. They were posted on the ‘galactawhore’ Instagram page with the caption: ‘album coming soon.’ 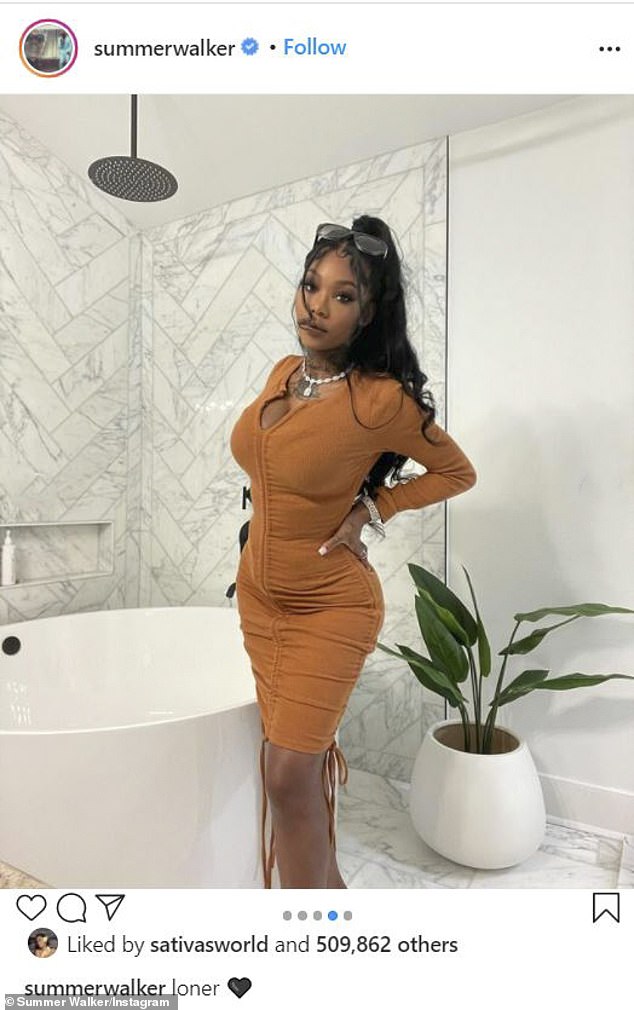 Post baby: Walker, 24, shared a series of photos decked out on a brown dress on March 28, which reportedly was four days after her daughter’s birthday 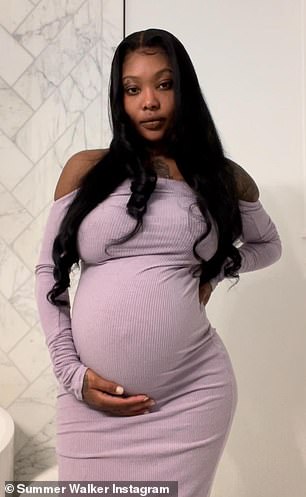 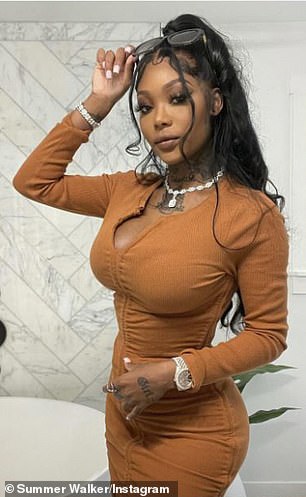 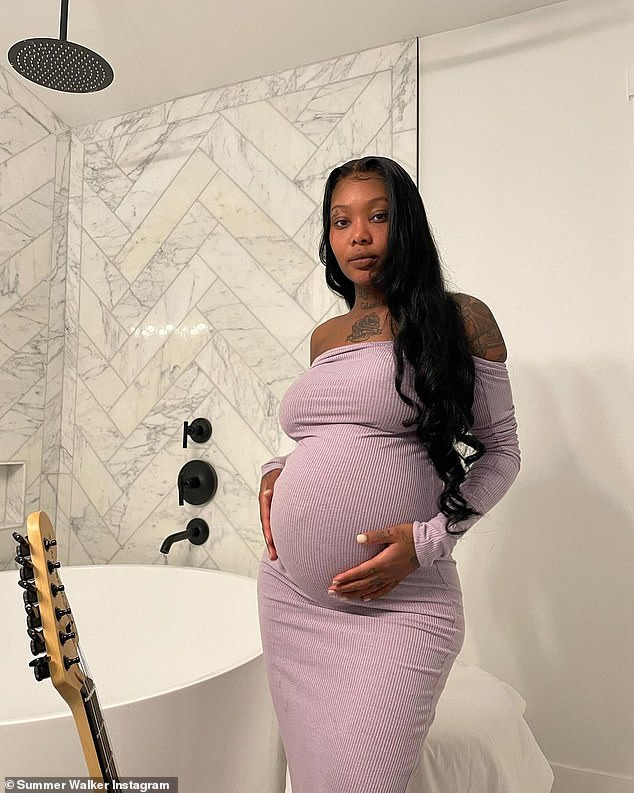 Mother’s touch: The Session 32 star cradled her baby bump in the photo session

A fan page, under the newborn’s nickname @1princessbubblegum, shared its first post a week ago and showed a ‘loading…please wait” graphic. As the days went by the graphic eventually read: ‘Loading..100%.’

Walker apparently made use of the new page to let her millions of fans and followers know that she won’t be sharing any images of her baby girl.

‘So i guess a fan made this page, but let’s be very clear, there will be no pictures of my child on the internet,’ she wrote before asking for some privacy: ‘So let’s all forget I was pregnant and move on with our lives so i can enjoy my little angel in peace.’ 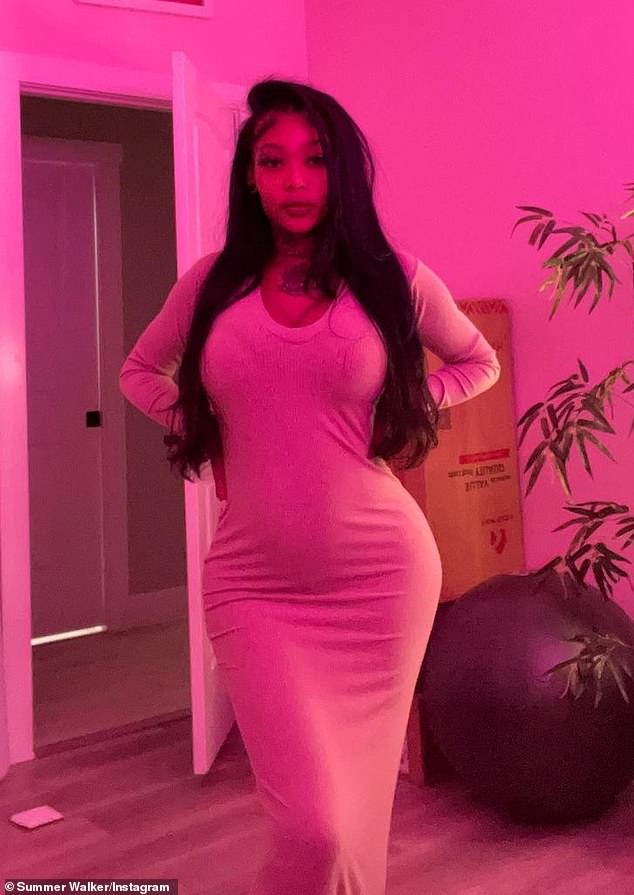 Pink lady: She also seemingly showed off her post-baby body in a series of pic with pink tone

Keeping private: Walker says she will not be posting pictures of her child on the internet

Earlier in the month, London couldn’t hold back his excitement over the pending arrival of his daughter when he shared images of the couple together in matching red ensembles.

‘waitin on princess bubblegum to arrive,’ he captioned the slideshow that was posted on March 17.

Walker confirmed the pregnancy back in November, after weeks of rampant speculation that she had a baby bump, but has been very conservative in releasing many details.

The couple have had an on-again, off-again romance since he worked on her debut studio album, Over It, in 2019. It turned out to be a big success, debuting at No. 2 on the Billboard 200 chart, with the help of the hit singles — Girls Need Love remix featuring Drake and Come Thru featuring Usher.

Most recently she released her Life On Earth EP in July 2020. 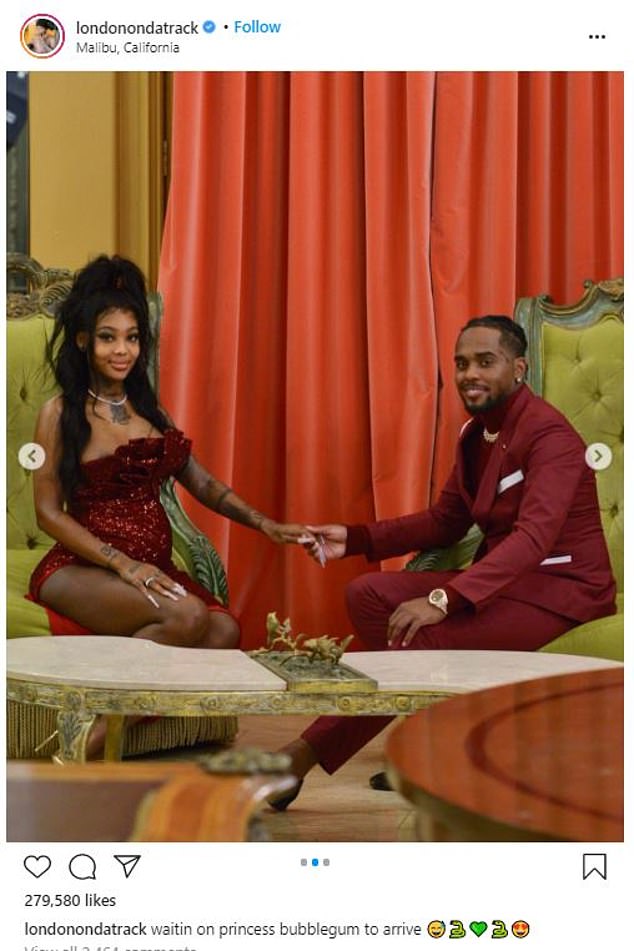 Beaming: The new dad showed his excitement in the days leading up to his daughter’s birth with a post like this one on March 17, one week before she made her arrival on Planet Earth 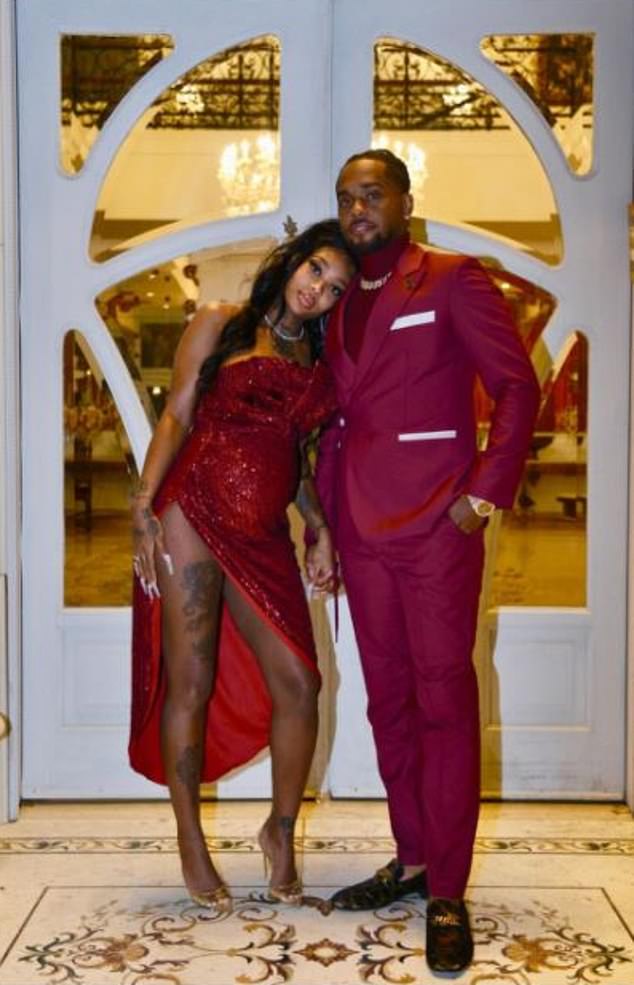 Teaming up: The couple started dating after working together on Walker’s 2019 album, Over It