A Texas prosecutor is opening a criminal investigation into whether any person or entity should face criminal charges for last week’s deadly power outages.

José Garza, the District Attorney for Travis County – which includes Austin, told KVUE that the investigation will be handled by his office’s public integrity unit.

‘Lives were lost, homes were lost, and it will take weeks, months and – in some cases – years for some people to be made whole again,’ Garza told KVUE.

‘We will not forget the horror our community experienced.’

Garza did not indicate if the Electric Reliability Council of Texas, which manages the state’s power grid, would be targeted by the investigation. 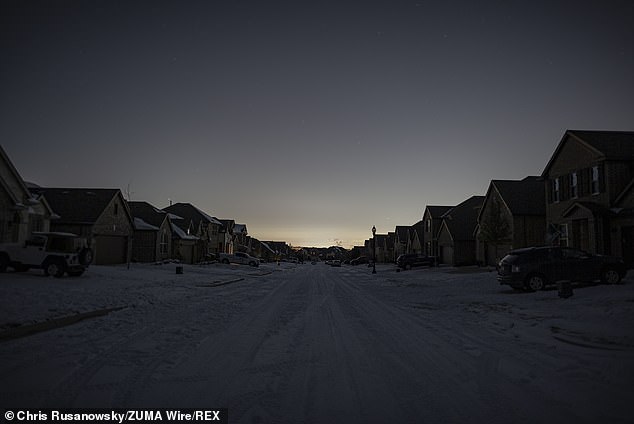 After a snowstorm hits the state of Texas, millions were left without power after ERCOT chose to use rolling blackout to save energy in the state

‘We will do everything we can to hold powerful actors accountable whose actions or inactions may have led to the suffering,’ he said.

He added: ‘The events of last week were horrifying, and in the midst of that horror the spirit of our community was evident to EMS workers, hospitals works, firefighters, law enforcement and everyone who worked hard to make sure our neighbors were safe – you made us proud and thank you.’

Top ERCOT board leaders said on Tuesday they will resign after more than 4 million customers lost electricity during the winter storm last week – marking one of the worst power outages in United States history.

All of the four board directors who are stepping down, including Chairwoman Sally Talberg, live outside of Texas, which only intensified criticism of the Electric Reliability Council of Texas.

The resignations are effective Wednesday — a day before Texas lawmakers are expected to sharply question grid managers and energy officials about the failures during hearings at the state Capitol.

All of the board directors stepping down, including Chairwoman Sally Talberg, live outside of Texas, which only intensified criticism of ERCOT.

The other board members are vice chairman Peter Cramton, Terry Bulger and Raymond Hepper.

There are a total of 16 members on ERCOT’s board, which appoints officers who manage the grid manager’s day-to-day operations.

A spokesman for the Public Utility Commission (PUC) of Texas declined immediate comment on the resignations or when the regulator would seek to appoint new members. The PUC appoints the 15-member ERCOT board. 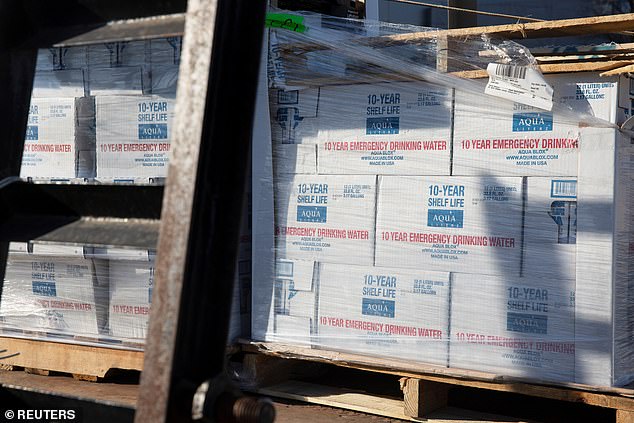 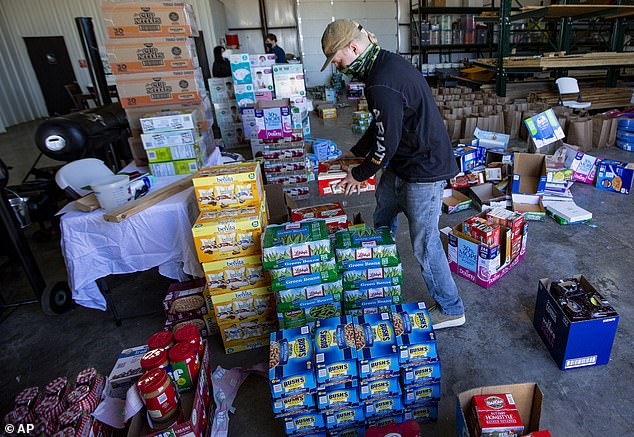 Collin Camp unloads groceries to be distributed to West Texans in the Permian Basin at Odessa Christmas In Action on February 23, 2021, in Odessa 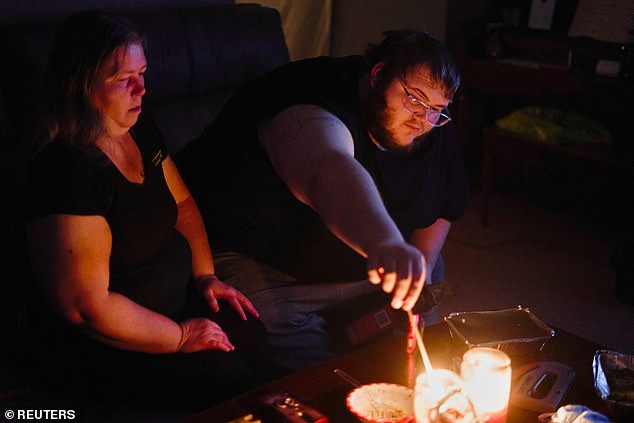 Republican Gov. Greg Abbott has largely blamed the outages on ERCOT and called for investigations.

But the problems were wider than ERCOT, including power plants that were knocked offline by the extreme cold and natural gas producers didn’t protect wellheads from freezing.

‘The lack of preparedness and transparency at ERCOT is unacceptable, and I welcome these resignations,’ Abbott said in a statement.

‘The State of Texas will continue to investigate ERCOT and uncover the full picture of what went wrong, and we will ensure that the disastrous events of last week are never repeated.’

This week, the State Legislature is set to begin hearings amid calls for reform of its deregulated electricity market after the power outages.

‘I encourage Texas residents to use the House’s public comment portal to formally share their experiences & thoughts about the electric blackouts as the House State Affairs and Energy Resources committees prepare for next week’s 2/25 hearings,’ House Speaker Dade Phelan tweeted.

Last week, Senator Ted Cruz faced criticism for traveling with his family to Cancun as dozens of people died during the power outages in his state.