Researchers have discovered an enormous flightless bird with a squashed and deformed brain once roamed northern Australia.

The Dromornis stirtoni lived around seven million years ago and gradually evolved from the size of a modern brush turkey to 600kg and three metres tall.

The enormous bird – bigger than the average polar bear – could ‘kick the s*** out of predators’ and had a ‘massive powerful beak’, according to Professor Trevor Worthy from Adelaide‘s Flinder University.

‘It was easily the biggest thing in its environment,’ he said. 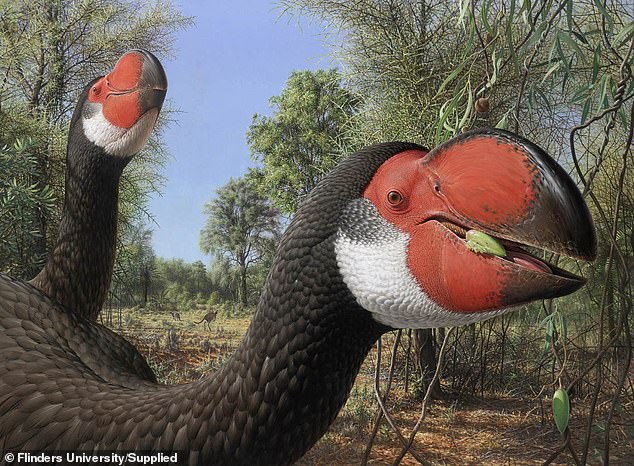 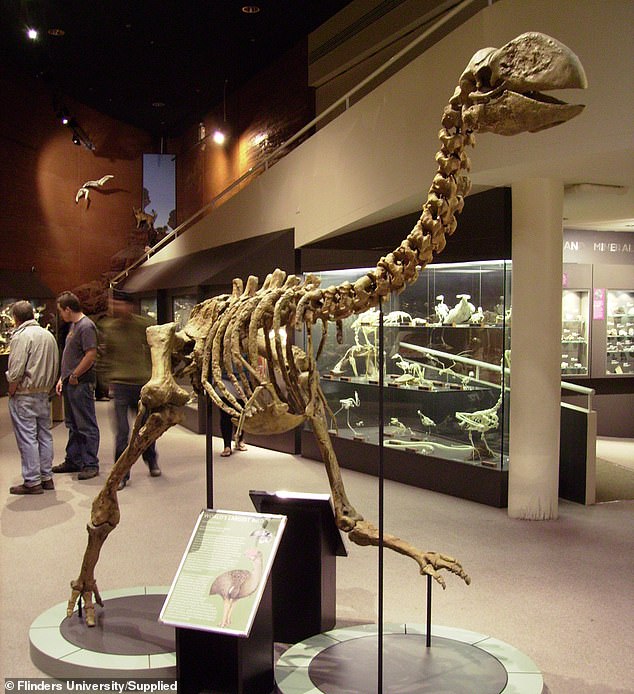 The bird is the latest species to be discovered in the Dromornithidae family – known as mihirungs by Indigenous people – and dubbed ‘demon ducks of doom or thunder birds’ by researchers.

The family briefly crossed over with early humans – who were probably responsible for its extinction about 50,000 years ago.

This bird’s head was massive – at over half a metre long – but an oddly-shaped skull meant it didn’t have much room for brain matter, so it was comparatively tiny for such a big body.

Despite its huge size and awesome defences, the bird ate only plants and leaves.

‘Over time, the skull was shortened and was pushed up a brick wall and compressed, basically it was deformed and squashed into a pancake shape,’ Professor Worthy said. 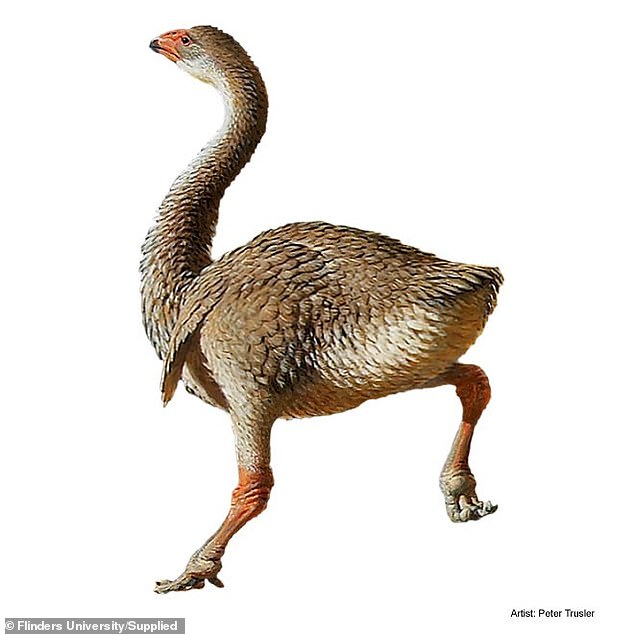 A relative of Dromornis stirtoni, Genyornis newtoni which is also part of the same family, dubbed by Flinders University researchers ‘the demon ducks of doom’ 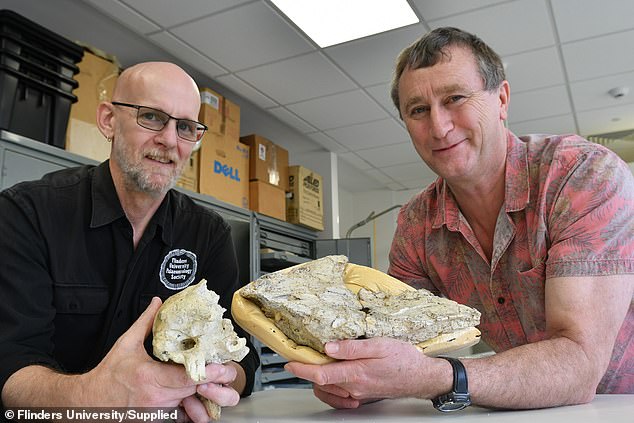 ‘This bird had the largest skull but behind the massive bill was a weird cranium. To accommodate the muscles to wield this massive bill, the cranium had become taller and wider than it was long, and so the brain within was squeezed and flattened to fit.’

‘Together with their large, forward-facing eyes and very large bills, the shape of their brains and nerves suggested these birds likely had well-developed stereoscopic vision, or depth perception, and fed on a diet of soft leaves and fruit,’ said lead author, Flinders University researcher Dr Warren Handley.

‘The shape of their brains and nerves have told us a lot about their sensory capabilities, and something about their possible lifestyle which enabled these remarkable birds to live in the forests around river channels and lakes across Australia for an extremely long time.’