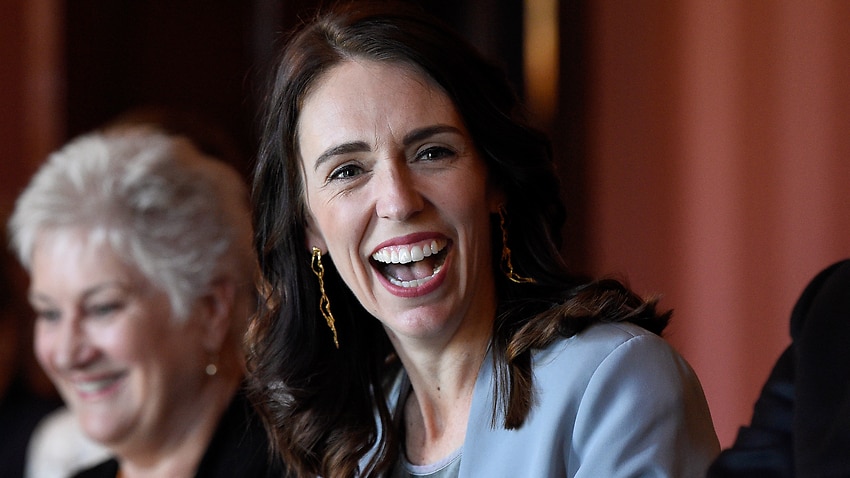 Most obviously, she’s the only woman, and one of the youngest world leaders currently in office.

She’s also managed to win a landslide election on a progressive platform after other western nations, most notably the United States, the United Kingdom, and Australia, rode a global wave of electing conservative leaders.

Widely touted as a political superstar, Ms Ardern enjoys a level of celebrity afforded to few other politicians. But was it her popularity alone that led to New Zealand’s election result this weekend or is it a sign of a broader trend in global politics.

“Winning this large in 2020, it would be possible to read it as New Zealand being exceptional,” said Jennifer Curtin, a Professor of Politics at Auckland University.

“But it’s still too soon for us to dive into where that vote came from.”

This massive result will allow the party to govern alone for the first time since New Zealand introduced a mixed-member proportional (MMP) system in 1993.

By contrast, the centre-right National Party won just 26.8 per cent of the vote – down from 44.4 per cent in the previous election.

“If [Ms Ardern] wants to pursue a more progressive agenda than she has in the past, she has the numbers to do that.”

But, Professor Curtin says, part of the reason for Labour’s record win has been Ms Ardern’s ability to win over the median voter with centre-left policies. Any plans for major progressive reform were also hampered by Ms Ardern’s former coalition partner, New Zealand First’s Winston Peters.

Professor Curtin speculates that some of the centre-right voters who flipped in this election did so to give Labour a mandate to govern without forming a coalition with the Greens, which could have resulted in a bigger shift to the left.

“Maybe some of the … ‘shy left’ that wasn’t picked up in the polls, those who would normally vote centre right, voted Labour because they didn’t want to see the Greens in Coalition with Labour because that would be too late for them,” she said.

“[Ms] Ardern has recognised, and she’s almost said it, that there are people who would have normally voted National that have chosen Labour this time around – so, therefore, she recognises she will need to govern for all New Zealanders.”

What’s coronavirus got to do with it?

It’s impossible to ignore the political impact of the coronavirus pandemic, with the United States’ response dominating discussion in the lead up to their 3 November presidential election.

Polls show Democratic challenger Joe Biden ahead of incumbent Donald Trump, with suggestions Mr Trump’s bungled handling of the pandemic is turning away voters in droves.

“Back in February, [Ms] Ardern was a popular leader then, but her preferred Prime Minister ratings went through the roof because of the adept handling of COVID, at least from a public health perspective.”

New Zealand has so far recorded just 25 coronavirus deaths in a population of almost five million.

Whether the pandemic – and the death, poverty and joblessness it has wrought – will actually lead to a Democratic president in the US remains to be seen, just as the reasons for Labour’s historic win in New Zealand are still being dissected.

A September Newspoll, conducted for The Australian newspaper, found Mr Morrison’s performance rating increased to 65 per cent, while nudging a point higher to 59 per cent when it came to preferred prime minister.

In the United Kingdom, which has recorded more than 725,000 coronavirus cases and 43,000 deaths, Prime Minister Boris Johnson’s popularity is slipping.

YouGov data shows that the number of people who think Mr Johnson is doing “well” dropped from 39 to 35 per cent in September, down from a high of 66 per cent in April when he was admitted to hospital with coronavirus.

This suggests that, in countries seen to have successfully managed the virus, the incumbent leaders get more popular, whereas, in nations where there have been significant COVID-19 outbreaks, like the UK and US, the opposite is true.

“It’s an historic MMP result, and that is down to one thing: COVID-19,” Professor of Political Science at Victoria University of Wellington Jack Vowles wrote in The Conversation.

“Comparative analysis of COVID responses internationally shows it’s not just a matter of what you do, it’s a matter of whether you do it soon enough.

“Labour was rewarded for protecting New Zealanders, particularly the most vulnerable.”

People in Australia must stay at least 1.5 metres away from others. Check your jurisdiction’s restrictions on gathering limits. If you are experiencing cold or flu symptoms, stay home and arrange a test by calling your doctor or contact the Coronavirus Health Information Hotline on 1800 020 080.

News and information is available in 63 languages at sbs.com.au/coronavirus.