The new kitchen trend on the rise: Mums are now installing CEREAL dispensers to make mornings easier – and the gadget costs just $33

To save space in the pantry and make mornings easier, a group of mums have installed wall cereal dispensers in their kitchens.

Mum-of-three Bailey started the discussion online after sharing an image to the Mums Who Organise Facebook group.

‘Hubby bought a cereal dispenser, let’s see how long this lasts,’ she wrote, revealing the product was purchased from Amazon.

The clever contraption holds an entire box of cereal in each dispenser and only costs $33.95 online. 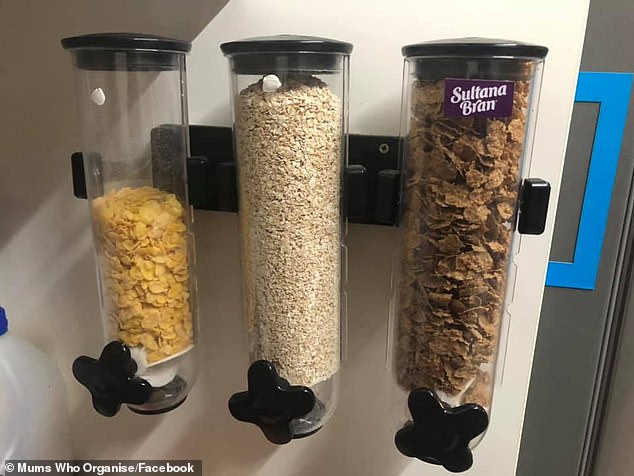 In the comments Bailey also shared a video of her son using the dispenser to show how it’s child-friendly.

To use simply fill the dispenser with the cereal of choice, place a bowl underneath and turn the dial to release the food.

The product is airtight to prevent the cereal from going stale and is easy to clean. 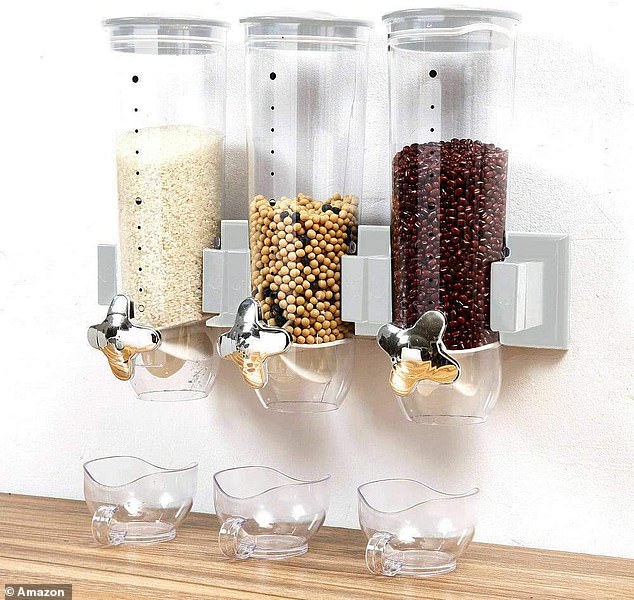 The affordable buy has three durable storage cylinders and can be purchased from Amazon Australia for $33.95.

The online recommendation sparked an influx of comments from other parents who have also purchased similar cereal dispensers.

Others were also encouraged to buy the product themselves.

‘Wow! That seems cheap. I looked them up a while ago but decided against it because I thought they’d cost too much. Love this!’ one woman wrote.

‘I’ve always wanted one of these! Looks so good!’ another said.

A third added: ‘We have this one and it’s amazing!! And it holds a large cereal box.’