Traveller, 23, is stopped from boarding her Virgin Australia flight and forced to change clothes after pilot said she was ‘showing too much skin’

A glamourous traveller was banned from her Virgin Australia flight after a pilot said she was ‘showing too much skin’ in her halterneck top.

Catherine Bampton, 23, said she was approached by an airline staff member at Adelaide Airport on Wednesday morning while waiting to board a flight home to the Gold Coast.

The Palm Beach resident said the woman told her she would not be permitted on the VA1447 flight because her outfit was too revealing.

Catherine Bampton, 23, claims she was banned from boarding a flight from Adelaide to the Gold Coast on Wednesday because she was wearing a halterneck top (pictured)

‘She told me in front of everyone that the pilot was refusing for me to board the plane because of the clothes I was wearing,’ Ms Bampton told News.com.au.

The ground crew staffer then asked Ms Bampton – who was wearing sneakers a high-necked halter top, high-waisted trousers, and sneakers – if there was another top she could put on, Ms Bampton claims.

After indicating she had a jacket, the university student claims she was told to put it on before boarding the aircraft.

She said the incident left her shocked and confused because she did not consider her attire inappropriate.

‘It was so embarrassing and humiliating,’ she said.

‘Everyone else waiting to board the plane was sitting there watching… and you could see they were staring in shock with their mouths open.’

Ms Bampton said she asked staff to explain what was wrong with her garments and was told the pilot does not like people ‘showing too much skin’.

The 21-year-old said she further inquired as to whether flyers were allowed to show their arms or back but the staff member did not know how to answer her question.

The Queensland student is now calling on the airline to apologise. 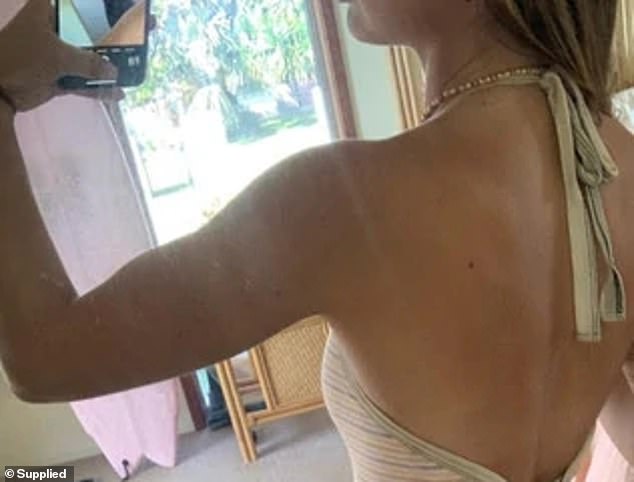 Daily Mail Australia understands Ms Bampton was approached in the lounge because Virgin staff felt the way the ‘bikini-style top’ was being worn was unsuitable for travel.

Virgin Australia’s website state guests who do not meet the airline’s minimum dress requirements can be prevented from travelling until they are dressed appropriately.

Passengers must wear footwear, suitable clothing that covers their bottom half, such as shorts, skirts, or pants, and a shirt (singlets are acceptable) to be permitted to fly, according to the company’s website.

Virgin Australia said the company was reviewing the incident.

‘The dress guidelines on our aircraft are similar to other airlines here in Australia and the vast majority of those who fly with us meet or exceed them,’ a Virgin Australia spokesman said.

‘It’s always been our intention that those who travel with Virgin Australia feel welcome and have a comfortable journey.

‘We are undertaking a review of the incident, and while no formal complaint has been received by the guest as yet, we’ve proactively tried to reach out to better understand what happened.’

‘We will also be reminding frontline team members of our dress code requirements for guests.’ 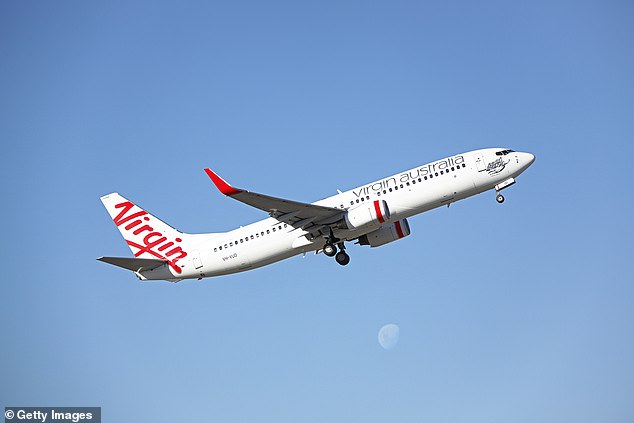