UFC to welcome fans back NEXT MONTH as Dana White announces Kamaru Usman vs Jorge Masvidal 2 at 15,000-seater arena in Jacksonville, Florida in first Stateside event to have spectators since March 2020

By Ollie Lewis For Mailonline

The UFC has announced that it will welcome fans back in a mouth-watering UFC 261 on April 24 in Jacksonville, Florida, as Kamaru Usman defends his welterweight title against Jorge Masvidal.

Dana White has yearned for the return of fans since being forced to put the sport behind closed doors at the start of the coronavirus pandemic in March 2020, and the ecstatic UFC chief announced the news on social media.

‘I have been waiting a year for this day to tell you we are back,’ the 51-year-old beamed in a video shared on Twitter overnight. 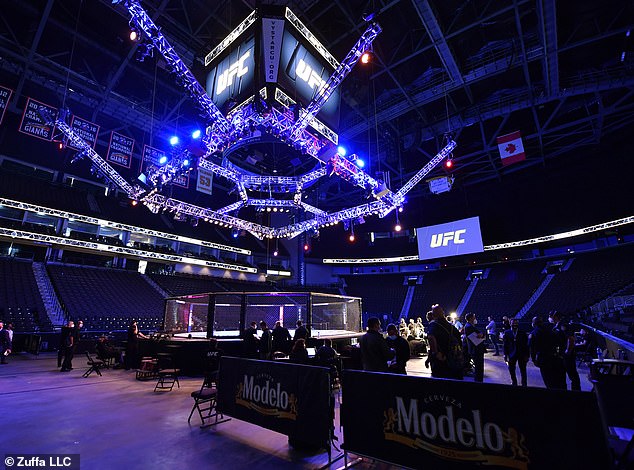 ‘UFC 261 on April 24 will be in Jacksonville, Florida, with a full house of fans. Full capacity at the VyStar Veterans Memorial Arena.

‘And you know I am bringing an incredible card. This is a stacked card in front of 15,000 fans. Ladies and gentlemen, we are back. Thank you Jacksonville, I love you guys and we will see you soon.’

White has delivered no fewer than three title fights for the return of fans next month, with Usman facing arch rival Masvidal for a second time in a year. The pair met on Fight Island last summer, with the welterweight champion defending his crown after Gamebred stepped in last-minute to challenge for the title. 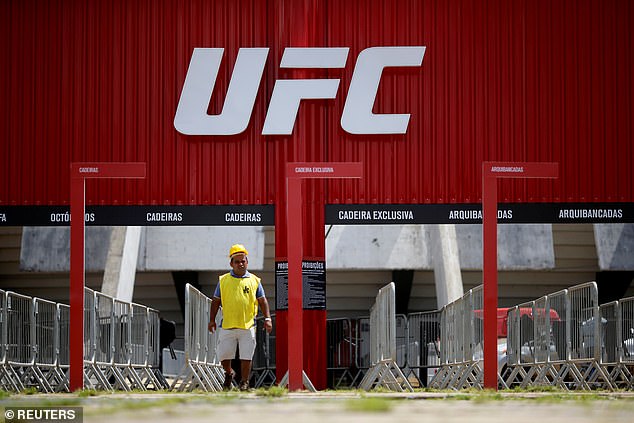 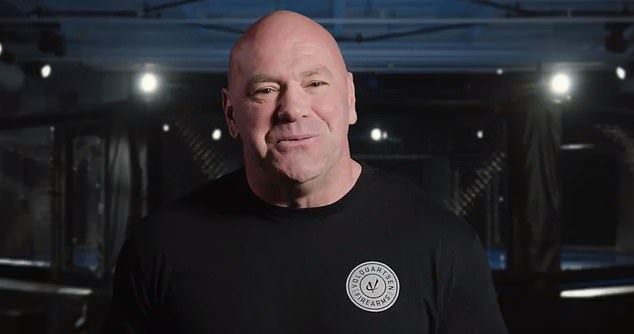 And a beaming Dana White announced overnight that fans will return for the April 24 event at the VyStar Veterans Memorial Arena in Jacksonville, Florida

Masvidal, 36, maintains that with a full training camp behind him he has the skillset to dethrone the dominant 170-pound king, who has swept aside his strongest challengers on an impressive 12-fight winning run with the UFC.

The UFC hasn’t fought in front of a full arena since the start of the coronavirus pandemic. The promotion welcomed a few thousand fans to three events on Yas Island in Abu Dhabi earlier this year, but its stateside events have been held without fans on its corporate campus in Las Vegas. 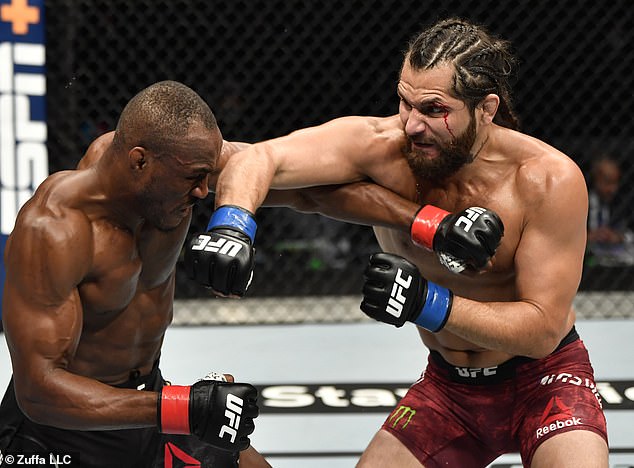 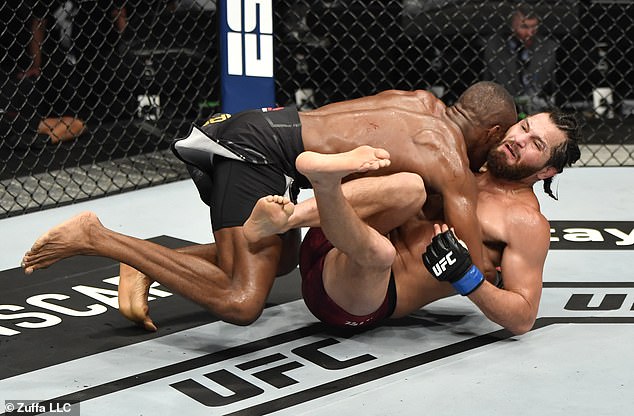 White vowed for the UFC to be the first sport back up and running from the outset of the pandemic, and delivered as Justin Gaethje defeated Tony Ferguson at the Florida venue in May 2020.

White repeatedly said he wouldn’t hold events in front of socially distanced, reduced-capacity crowds in North America. The UFC is now returning to Jacksonville apparently because its city government is willing to go along with White’s plans.

Earlier this month after UFC 259, White bemoaned the unwillingness of the mayors of several unnamed Texas cities to welcome his events with arenas full of fans even after Texas’ state government signaled its approval. 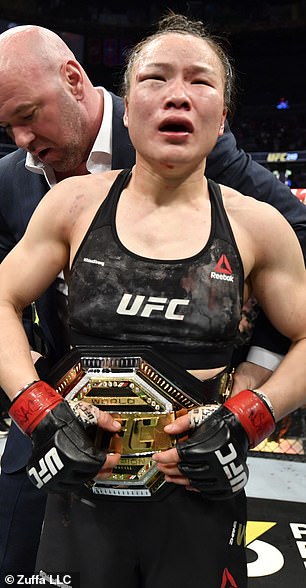 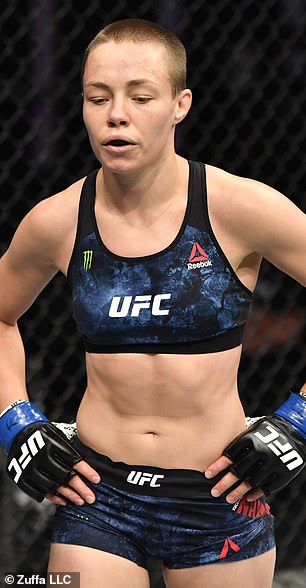 Welterweight champion Kamaru Usman will have a rematch with Florida’s Jorge Masvidal in the main event of UFC 261. Valentina Shevchenko will defend her flyweight title against Jessica Andrade, and strawweight champ Zhang Weili will face former champion Rose Namajunas.

UFC 260 will be held in Las Vegas on March 27, headlined by Stipe Miocic’s heavyweight title defense against Francis Ngannou.