Melbourne United’s playoffs campaign has started in emphatic fashion, courtesy of a thumping win over South East Melbourne on Friday.

Melbourne United sounded an ominous warning in Game 1 of their NBL Semi Final series against South East Melbourne Phoenix, blowing out the cross-town rival 96-78 on the back of a Jock Landale masterclass.

A shock snub from the list of MVP finalists named earlier this week, Landale took the surprise omission in his stride.

“I looked at this list and hats off to those guys first and foremost, but I looked at it and said, ‘Man, I’m better than these guys. Whatever,” Landale told reporters.

“I’m happy that they got it, but I knew coming into this season that I was going to have to give up that kind of stuff just to focus on a championship with the depth that we have.”

Responding in the best way possible, Landale dominated South East Melbourne from the outset, overpowering Yannick Wetzell in the post while also spacing the floor to hit nothing but net from beyond the arc on repeat.

The Phoenix have had little success slowing down Landale all season, with the Boomers representative averaging 18.2 points per game across five meetings in NBL 21. In an explosive first half, the 25-year-old nearly topped that average, pouring in 16 points to lead all scorers as United blew away South East Melbourne to lead 58-38.

The onslaught continued in the second half, with Landale scoring seven of Melbourne’s first nine points of the third period. First a righty hook in the lane, then a 3-pointer from the right wing and lastly a fadeaway jumper from the baseline. Whatever the Phoenix tried, it hardly mattered. This was Landale’s night.

Finishing with 26 points on 10-for-14 from the field and 4-for-5 from beyond the arc, the dominance of United meant he was only required for 21 minutes.

The series isn’t over, with South East Melbourne now facing a win-or-go-home scenario on Sunday afternoon but the reality is their season will be finished if they can’t find an answer to the Landale problem.

So far in NBL 21, they haven’t looked like they are close to having the answers.

There is perhaps no better example of United’s absurd depth than Scotty Hopson coming off the bench. Battling various injuries throughout the season, the American import has found his best form leading into the postseason.

That form continued in Game 1, with the dynamic forward pouring in 22 points in just 19 minutes.

Picking up his second foul on a suspect charge call, Mitch Creek was forced to the bench in the early minutes of the first quarter with the Phoenix leading 8-6.

By the time he returned with 5:53 to play in the first half, United were surging, possessing a 34-25 lead. The deficit had ballooned to 21 by the time Creek scored his first points at the free-throw line with 2:33 to play in the second quarter. By that point, the damage was done.


Goorjian on cusp of finest hour

Brian Goorjian is the Wayne Bennett of basketball coaching with six NBL championships to his name, but his effort to steer the cash-strapped Illawarra Hawks from last place to a potential grand final series is extra special. 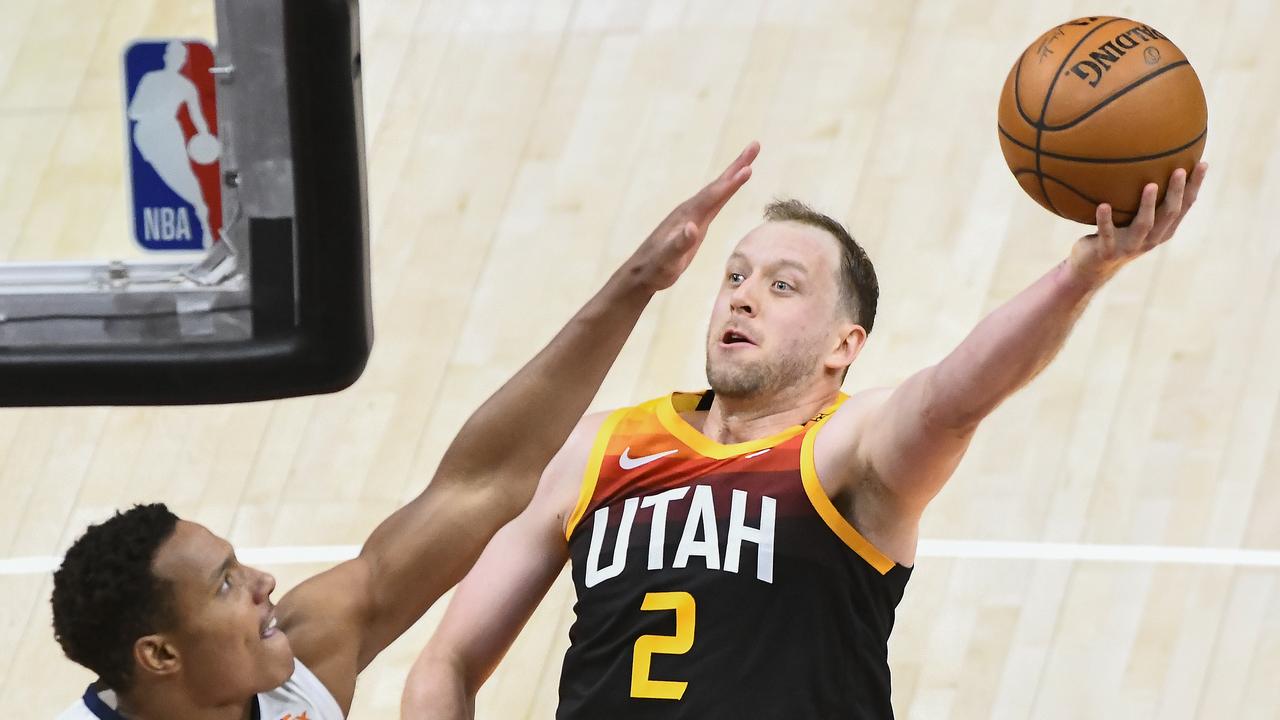 Joe Ingles can shoot, pass and defend, but he is also one of the NBA’s finest sledges as the Los Angeles Clippers discovered in the Western Conference semi-finals against the Utah Jazz.