Western Australian Premier Mark McGowan has called billionaire Clive Palmer the nation’s ‘greatest egomaniac’, telling him to drop his case against his state government over its border closures after the Commonwealth withdrew its support.

Prime Minister Scott Morrison has written to Mr McGowan saying the Commonwealth will no longer participate in the case, after taking into account the changed state of the coronavirus pandemic that has worsened since the matter was first brought to court.

Mr McGowan thanked the prime minister for his letter and for listening to his government and the people of WA.

‘I’m very grateful the Commonwealth has pulled out,’ Mr McGowan told reporters in Perth on Sunday. 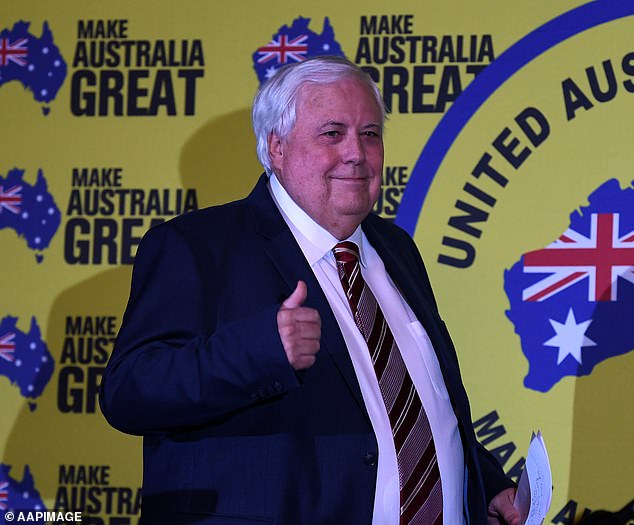 He said Brisbane-based Mr Palmer, who leads the United Australia Party, should also withdraw and is prepared to fight him in the High Court if he doesn’t.

‘He is showing himself at this point in time to be Australia’s greatest egomaniac,’ the premier said

‘Mr Palmer can now solve this matter by withdrawing his action. He is not acting in the interests of the people of Western Australia, he is only acting for his own interest.’

The Queensland mining magnet argues WA’s border closure is unconstitutional and damaging trade, while Mr McGowan has said it was necessary to protect WA residents and based on expert health advice. 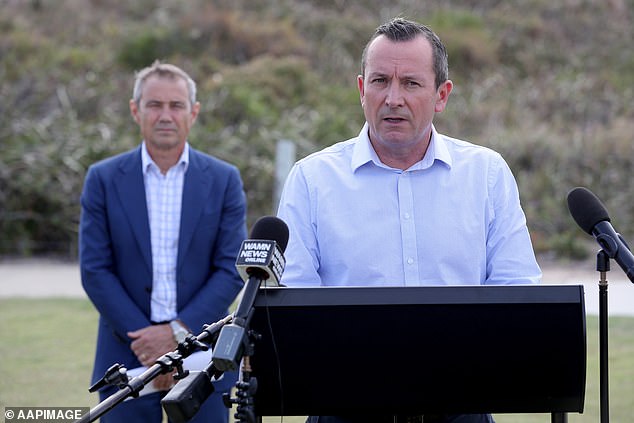 A four-day hearing in the Federal Court in Perth concluded on Friday, with WA’s Solicitor-General Joshua Thomson saying in his closing submissions that no community transmission in the state since mid-April showed the closure was working.

Justice Darryl Rangiah reserved his findings and the matter will ultimately be decided by the High Court, with a judgment expected around October.

‘I cannot for the life of me understand why someone like Mr Palmer wants to put everything we have done at risk,’ she told reporters in Brisbane. 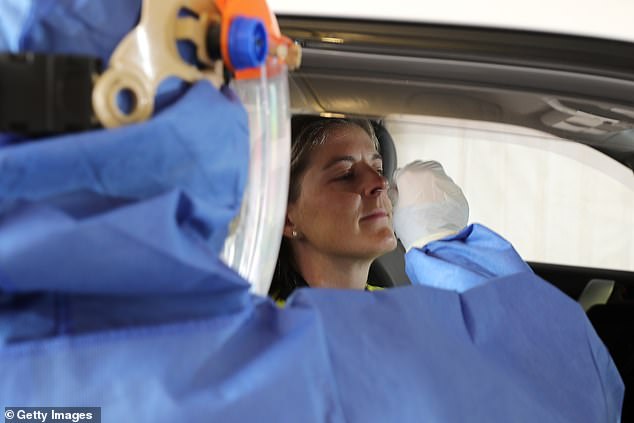 ‘Everybody should respect that states have a job to do to protect their families.’

Mr Palmer launched the legal action in May after he was denied an exemption to enter WA.

Federal Opposition Leader Anthony Albanese said the prime minister needed to better explain why he joined Mr Palmer’s legal action in the first place and why he has now withdrawn that support. 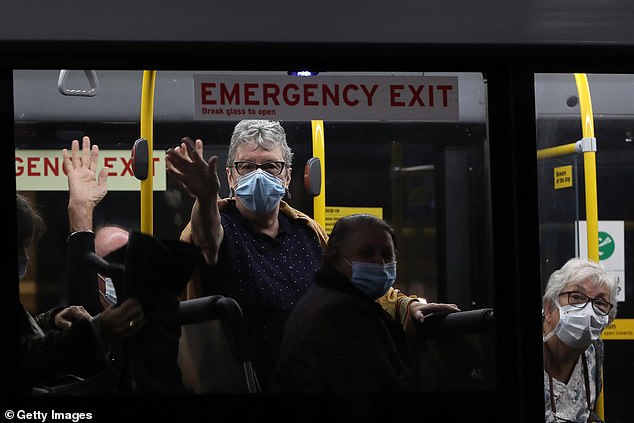 ‘It was always opportunistic for him to join Clive Palmer who was so supportive of the Liberal National Party during last year’s federal election,’ Mr Albanese told reporters in Sydney.

‘And it’s opportunistic today for the prime minister to get the message that Western Australians have been doing the right thing under the leadership of Mark McGowan.’

WA has banned anyone from entering the state unless they are an exempt person or have a special pass. Those granted passes for compassionate reasons or other grounds have to self-quarantine for 14 days after their arrival.

August 2, 2020
Comments Off on Angela Clancy looks chic in a beige dress as she steps out for a bite to eat in Perth

July 30, 2020
Comments Off on Neighbours’ dispute explodes into brawl after dog gatecrashed 80th birthday party and ate the cake

Horrific moment man, 64, falls to the ground after being stabbed a woman, 26, in the neck

Big Brother’s Angela Clancy and Hannah Campbell have night out

July 31, 2020
Comments Off on Big Brother’s Angela Clancy and Hannah Campbell have night out

August 2, 2020
Comments Off on Men in a Jeep swerve in front of a car and beat the driver in front of onlookers before driving off

August 2, 2020
Comments Off on Desperate search for two-year-old girl and a woman who police fear are in grave danger

Brisbane Airbnb host left with $50,000 bill after her home was trashed by guests

August 2, 2020
Comments Off on Brisbane Airbnb host left with $50,000 bill after her home was trashed by guests

August 1, 2020
Comments Off on Julie Bishop looks stunning as she attends the Puttin’ On the Ritz fundraiser for Cancer Council WA