Why Seafolly went into administration

Why Seafolly went into administration

REVEALED: How private equity firm sunk hugely popular Australian bikini brand Seafolly into $7million worth of debt while trying to make it the ‘Sephora of swimwear’

A private equity firm sunk Seafolly into $7million worth of losses before the iconic Australian swimwear brand fell into voluntary administration, it has been revealed.

The bikini brand announced last week that Scott Langdon and Rahul Goyal from KordaMentha Restructuring were appointed as administrators.

Private equity firm L Catterton Asia bought a 70 per cent stake in the swimwear brand in December 2014 and two years ago acquired the remaining 30 per cent, AFR reported. 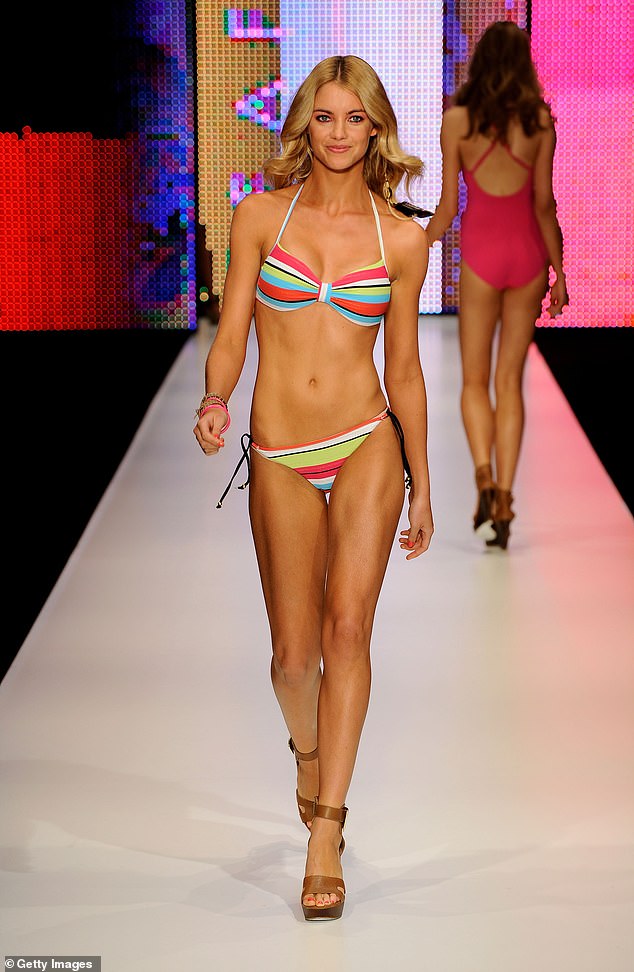 Seafolly announced the iconic swimwear brand had fallen into voluntary administration. Pictured: A model promotes a Seafolly bikini on the runway

The pre-tax losses jumped from $3.2million to $7.2million following inventory writedowns and redundancy costs, and L Catterton lent the fashion brand $5million in 2018.

The firm planned to combine Seafolly with South American swimwear brand Maaji to create a ‘Sephora of swimwear’ and bring sales to $US500 million by 2022.

Seafolly had global sales of $119.7million in 2019 and $112million for the past 12 months, to the end of December, according to an information memorandum given to prospective buyers.

More than 50 potential buyers have expressed interest in the retailer, despite its recent performance. They have until July 12 to lodge indicative bids.

‘Due to softening market conditions following COVID-19, Seafolly presents a unique opportunity to buy one of Australia’s most iconic brands,’ the information memorandum said. 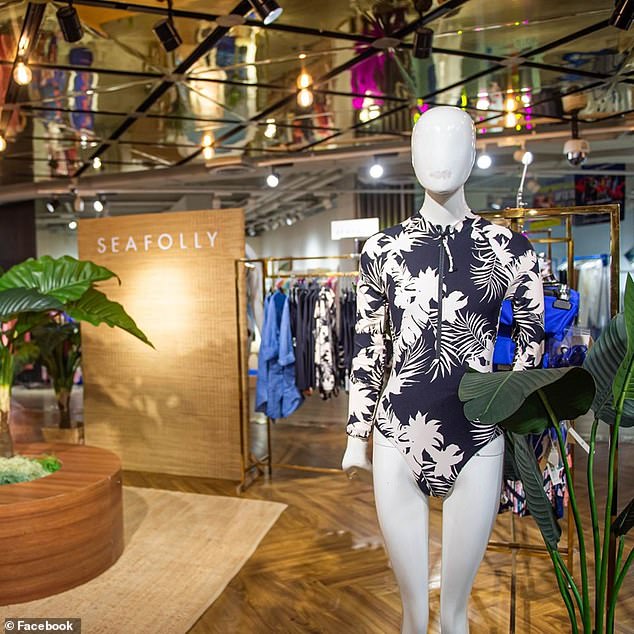 Seafolly suffered financially amid the COVID-19 pandemic, their administrators said.

‘Seafolly made the appointment because of the crippling financial impact of the COVID-19 pandemic,’ a statement from KordamMentha said.

Mr Langdon said the company will operate as usual while the business is assessed.

The women’s beachwear fashion brand has been operating since 1975 and has 44 stores across the country with 120 staff.

Seafolly also has 12 stores overseas and is one of the most well-known swimwear brands in Australia. 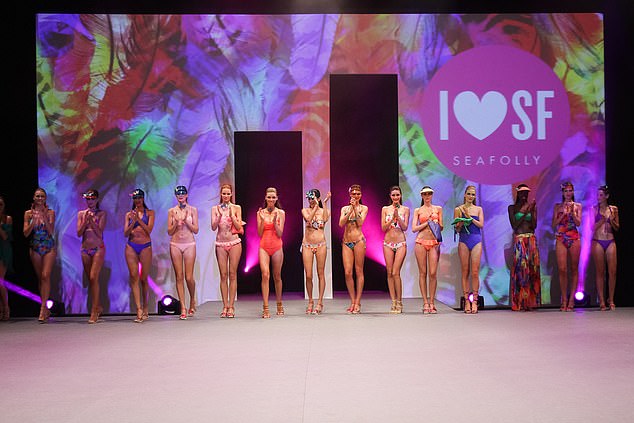 Pictured: Models walk the runway during the Seafolly Australia show in Paris, France

Before the pandemic hit, stagnant wage growth was already weighing on the retail sector and a number of long-standing traders had already gone bust.

Harris Scarfe was forced to close its doors in December 2019, after 169 years selling homewares, bedding and linen to Australians.

The closure of its 66 stores before Christmas resulted in 1800 job losses nationwide.

The iconic jewellery retailer Wallace Bishop also warned auditors it may go under in 2020 due to financial strain, putting the jobs of 500 staff at 50 stores in jeopardy.

July 7, 2020
Comments Off on Wedding guest’s revealing outfit sparks outrage online as critics slam her for upstaging the bride

July 16, 2020
Comments Off on NYC millionaire was tasered as elevator opened and stabbed in the chest by hitman in a ninja outfit

July 10, 2020
Comments Off on Route girl took after allegedly murdering her cousin on a farm in Gunnedah

July 25, 2020
Comments Off on Doctors post selfies posing in bikinis with beers in backlash against ‘sexist’ study

August 1, 2020
Comments Off on Australian Federal Police seize $80million worth of cocaine in Papau New Guinea in huge haul

July 14, 2020
Comments Off on Surfer goes missing in heavy seas off Sydney – as rescue helicopter is called in

The Goldbergs’ Bryan Callen is accused of sexual assault

July 31, 2020
Comments Off on The Goldbergs’ Bryan Callen is accused of sexual assault

July 12, 2020
Comments Off on Melburnians in self-quarantine accidentally sent text messages saying they can leave isolation