The shattered widow of a man who was killed in a sickening one-punch attack outside a kebab shop has told a court of the ‘bittersweet’ moment her daughter was born five months after her husband’s death.

Giuseppe ‘Peppe’ Raco died after being hit in the back of the head in Northbridge, Perth in the early hours of July 4 last year while his wife Enza was pregnant with their second child.

The Paramount Nightclub manager was waiting for a kebab while on break when he tried to break-up a scuffle between a group of men and was punched by Jaylen Denny Dimer, who had been drinking heavily in the hours leading up to the attack.

Mr Raco stumbled about 20 metres before collapsing and suffering a brain hemorrhage that saw him placed into an induced coma. 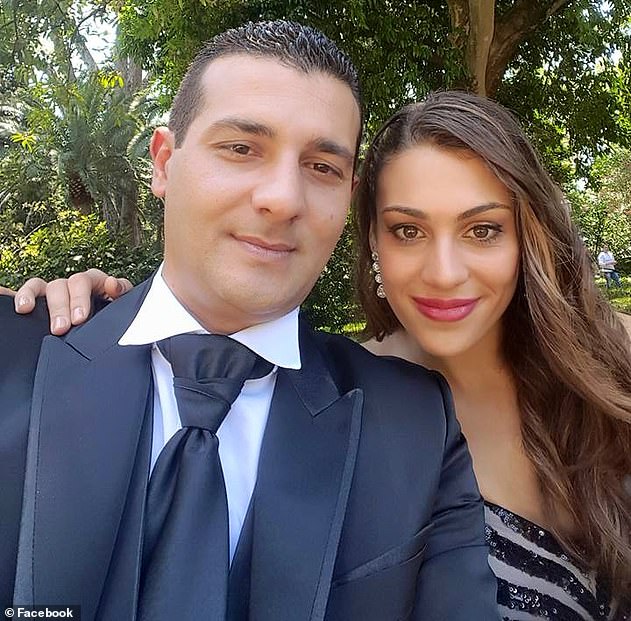 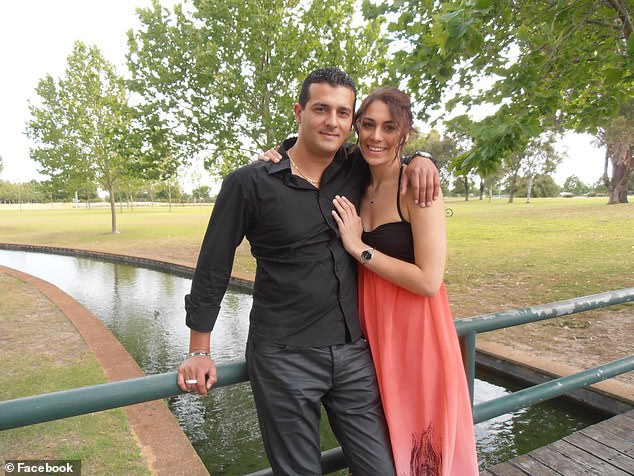 Mr Raco (pictured with Enza) was killed in a sickening one-punch attack in Northbridge, Perth, in the early hours of July 4

The 40-year-old died the next day after his family, including wife Enza, made the heartbreaking decision to switch off his life support.

Dimer, 26, fled the scene without giving assistance but was arrested by police several hours later and charged with causing grievous bodily harm, which was later upgraded to manslaughter. He pleaded guilty.

Reading a victim impact statement in Western Australia’s Supreme Court on Wednesday, Ms Raco told how her young family’s life had been turned upside down and said there would never be any justice for her or her daughters.

Ms Raco gave birth to the couple’s second daughter in December, which she described to the court as a ‘bittersweet’ moment.

She fought back tears as she told the court how she took her newborn baby to Fremantle Cemetery to meet her father after being discharged from hospital.

‘That experience was one of the most awful, wrong things I have ever done,’ Ms Raco said. 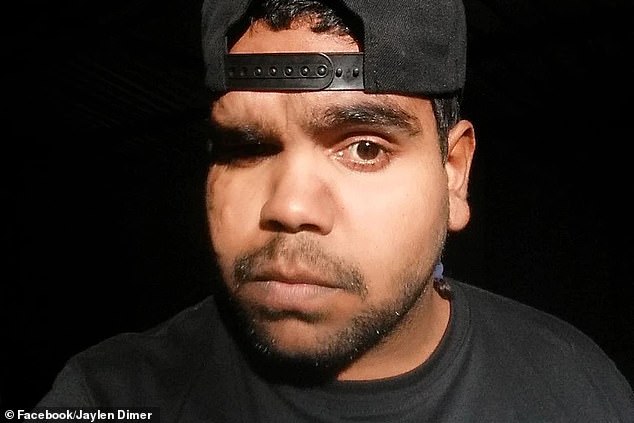 Ms Raco told the court her eldest daughter, who is two-years-old, constantly asks for her ‘papa’.

Dimer was sentenced to seven years and six months behind bars, with a non-parole period of five-and-a-half years.

But with time already served, he could be free from jail as early as January 2026.

Justice Stephen Hall said Dimer’s actions were a ‘cowardly attack on an unsuspecting victim’ and while the attack was not planned, it was an ‘extremely foolish and impulsive action by a drunken man’.

‘It probably isn’t widely appreciated that a single punch, a blow, to the head can cause death. It should be known,’ Justice Hall said.

Dimer’s lawyer Tony Hager told the court there were ‘no words offered by me or my client, can do justice to the victim’s devastated family’. 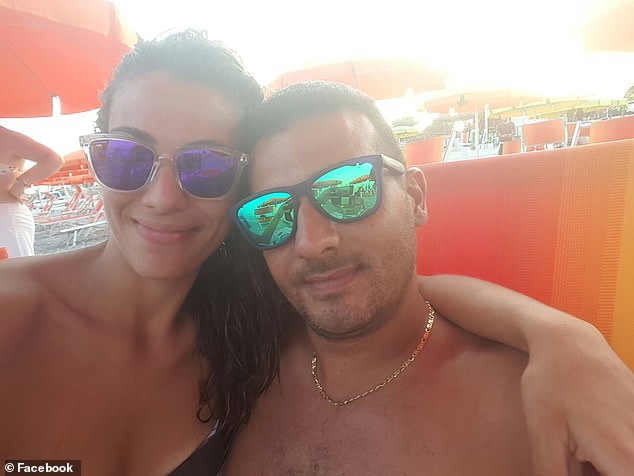 Mr Raco (pictured with wife Enza) was waiting for food at a Northbridge, Perth kebab shop when he tried to break up a scuffle and was fatally punched by Dimer

Outside court, Mr Raco’s father Domenico Raco said the sentence handed down to Dimer was ‘not fair’ and although he had nothing against the police, lawyers or judges, ‘the system’ had its flaws.

He described his only child as ‘a peaceful and respectful man’ and asked ‘Why did my son get killed, why? For nothing’.