Workers jump into George’s River as boat explodes in Sydney

Shocking moment maintenance workers are forced to jump into the river as a boat EXPLODES – leaving a man, 19, with serious burns to his face

Two maintenance workers were forced to leap into a river when a boat erupted into flames, leaving a teenager with severe burns.

A fuel leak caused the 38-foot Mustang boat to ignite on the George’s River in Blakehurst, south Sydney, on Friday morning.

The 19-year-old maintenance worker caught on fire and the two men jumped into the water around 10.20am, 9News reported. 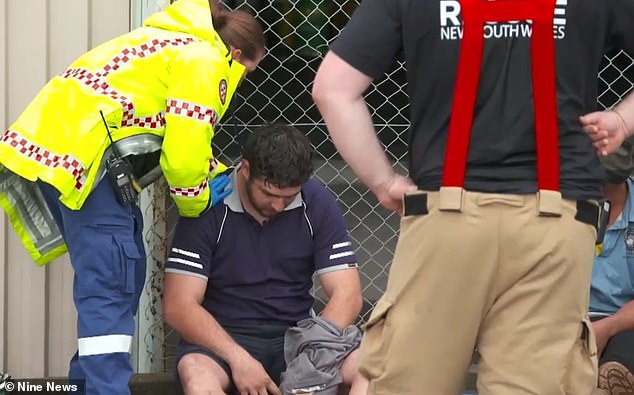 Paramedics (pictured) were called to Blakehurst, in south Sydney, on Friday morning after a 38-foot Mustang boat burst into flames with two maintenance workers onboard

He was taken to Concord Hospital in a serious condition.

Paramedics also treated two men for smoke inhalation and one was transported to St George Hospital in a stable condition.

The owner of the boat, Ross McNamara, said it had been undergoing regular maintenance work.

Mr McNamara explained: ‘Every 12 months we get the boats fixed up and unfortunately due to the process of moving some fuel around, by the looks of it, that caused a spark.’

‘Unfortunately there’s been an incident where someone’s been injured,’ he said. 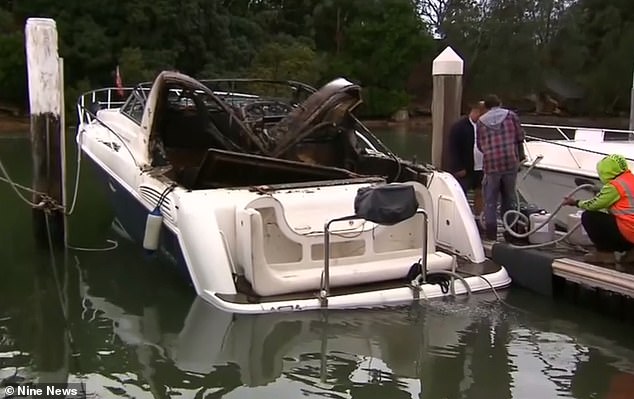 Fire fighters controlled the blaze within minutes but the boat was completely destroyed and began sinking from the damage.

Northbound lanes on the Princes Highway were closed while emergency crews attended to the burning boat.

The boat will be towed to land on Saturday for insurers to asses. 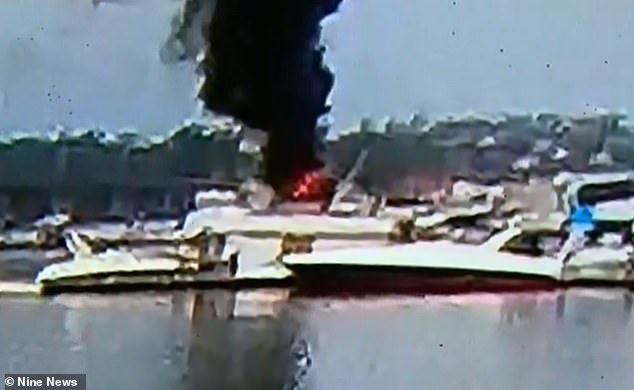 A 19-year-old maintenance worker caught on fire when the boat ignited (pictured) and suffered severe burns to his face, legs, hands and chest

Children killed by ‘drunk, drug driver’ as they got ice cream

July 30, 2020
Comments Off on Children killed by ‘drunk, drug driver’ as they got ice cream

August 2, 2020
Comments Off on Last plane from China coronavirus epicentre lands in Sydney

July 29, 2020
Comments Off on Sydney school shut down after ‘probable’ coronavirus case